A beautiful young Nigerian woman has scaled the odds to emerge victorious after bagging first-class from law school. 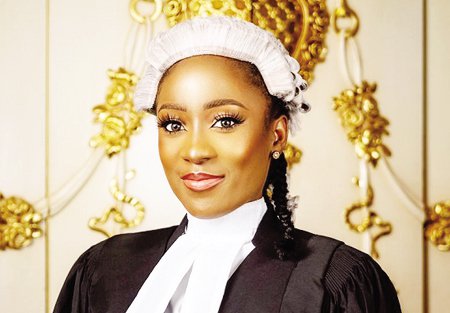