The Senator spoke when he appeared before the 6-man panel set up by the Senate to investigate him. 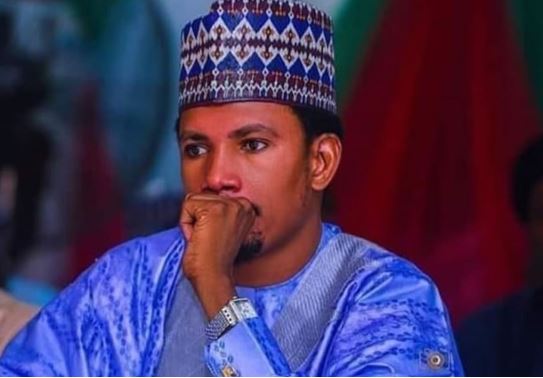 Sen. Ishiaku Abbo
Embattled Sen. Ishiaku Abbo (PDP-Adamawa) on Tuesday challenged members of the Senate investigative panel hearing his alleged case of assault on a nursing mother not to threaten him with suspension.
The Senator spoke when he appeared before the 6-man panel set up by the Senate to investigate him.
The News Agency of Nigeria (NAN) reports that President of the Senate, Dr Ahmad Lawan set up the panel which is headed by Sen. Sam Egwu (PDP-Ebonyi) on July 3.
Abbo, who appeared before his colleagues at exactly 3.15 p.m., told them that the matter was already before the court, hence he would not make comments that could amount to prejudice of the Court process.
He also refused to allow the clerk of the panel to put him on oath, as usual.
Drama started when he said that he had no business appearing and making comments about the matter anywhere.
But Abbo said his presence was out of honour for his colleagues.
Sen. Oluremi Tinubu (APC-Lagos) who is also a member of the panel expressed displeasure over Abbo’s comment and insistence before the panel.
She said: “The Senate carefully selected members of this committee to hear your own side of the story which has gone viral.
“What we are doing here as a legislature is a position taken by the Senate to hear from you and others involved.
“This matter has affected the Senate as an institution and we have been mandated to investigate it.
“You can’t sit there on the other side and dictate the modalities and approach we follow to us as committee.
“We are trying to protect the Senate and hear from you, but we can also suspend you because of your attitude.”
At this point, Abbo flared up and said he won’t allow the committee to threaten him with suspension, having earlier informed it that the matter is before a court.
“Dear colleagues, I won’t sit here and allow this committee to threaten me with suspension.
“Is it out of place for me to say I’m not addressing you since this matter is before a court of law of competent jurisdiction?
“I came here to honour you as colleagues after receiving an SMS inviting me here.
“Just the same way I have received SMS from the police. I was arrested, detained and charged to court over this matter. Yet, I’m here out of respect for you as colleagues.
“I want you to remember that this matter is before a court of competent jurisdiction and I don’t want to go to contempt of the Court,” he said.
After some arguments which threw the venue into a little rowdiness, the chairman urged all parties to remain calm.
Another member of the panel, Sen. Mathew Urhoghide (APC-Edo) urged his colleagues to hear Abbo off camera.
Then the chairman of the panel said though the matter is already in the public domain, but excused members of the press out of the venue.
Egwu added that: “We are not here to go into the area of the matter that is already in court.
“We are here to look at issues that affect us as a parliament in the eyes of the public.”
Earlier, counsel to the victim of the alleged assault, had sent a team of lawyers led by Mr Chukwuma Okoroafor to submit a letter before the panel.
Okoroafor said the victim is currently taking medical treatments in an undisclosed hospital in Abuja, hence her inability to appear in person.
The panel, however, insisted that he should present the victim within the next one week to allow it submit its report to the Senate.
Okoroafor who brought the letter from Solola & Co, however refused to speak with NAN correspondents after leaving the venue of the meeting.
NAN reports that the committee has two weeks to finish its assignment.
Top Stories