Reps Wants FG To Include Almajiris In School-feeding Programme


The call was part of the resolutions reached on a motion moved by Mansur Manu and 3 others on Thursday. 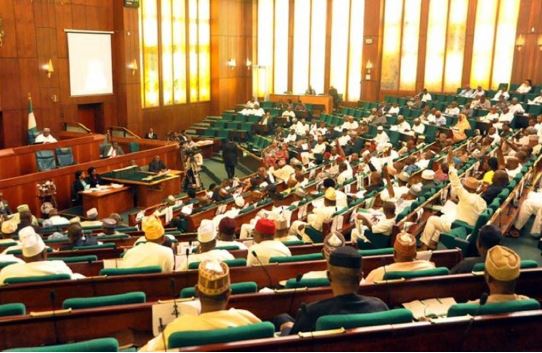 File Photo
The House of Representatives has called on Vice President, Yemi Osibanjo to conduct headcounts of Almajiri and enrol them into the Homegrown school feeding programme.
The call was part of the resolutions reached on a motion moved by Mansur Manu and 3 others on Thursday.
The motion entitled, “Need to Eradicate child destitution and Remove Beggars from Nigerian Streets through Provision Of Standardized Education System and Improved Livelihood” was debated by the House and passed.
Speaking on the motion, Manu said, “a large number of children captured in the destitution net most of whom roam the streets begging for alms or hawking at traffic spots come at a huge cost to the nation in terms of loss of critical human capital and erosion of family values.
“Aware that the various religious and cultural value systems frown at begging and abandoning children without proper care, yet parents release their children to pass through such horrific conditions out of poverty and sheer abdication of responsibility”
The House, therefore, called “on the Office of the Vice-President to, in collaboration with States’ relevant institutions, conduct a census of Almajiri schools and headcount of the destitute children with the view to enrolling them in the ongoing National Home-grown School Feeding Programme (NHGSFP).”
Top Stories