I Prefer Being Senator, Not Minister - Ajimobi


The former governor denied he rejected ministerial appointment by President Muhammadu Buhari, saying he was not offered the appointment in the first place. 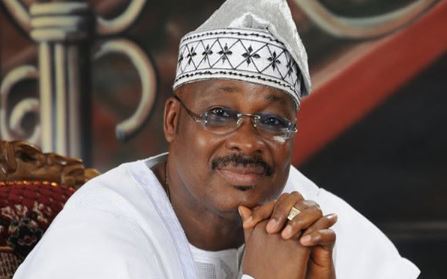 Abiola Ajimobi
Immediate past governor of Oyo State Abiola Ajimobi has revealed his focus is on retrieving his senatorial mandate in the court as against pursuing ministerial appointment.
He stressed serving at the Senate is his personal preference.
The former governor denied he rejected ministerial appointment by President Muhammadu Buhari, saying he was not offered the appointment in the first place.
He made the disclosures in a telephone chat with The Nation on Thursday.
Reports went round on digital media on Wednesday he rejected a ministerial appointment offered him by the president. The report added that Ajimobi said the appointment should go to a younger member of the party.
But the former governor told The Nation that it is impossible to reject what is not offered.
He said he only expressed his personal choice for the Senate, stressing it was the reason he was committed to the petition his party filed against Sen. Kola Balogun at the tribunal.
The latter was declared the winner of the Oyo South Senatorial District election by the Independent National Electoral Commission (INEC).
The elected senator is of the Peoples Democratic Party (PDP) while Ajimobi is of the All Progressives Congress (APC).
Ajimobi however affirmed the ministerial appointment should go to a younger member of the party in Oyo State since he is not the only APC member in the state.
He said: “I am in court for my senatorial election. I only expressed my preference, that I am in court because I prefer the Senate.
“How can I be pursuing the Senate and ministerial appointment at the same time? I prefer the Senate.
“I hold President Muhammadu Buhari in high esteem. I will actually prefer a younger person to be considered for the ministerial slot since I am pursuing my senatorial ambition.”
He said those behind the misleading report wanted to cause disaffection between him and President Buhari whom he has a lot of respect for.
“I don’t know the source of their report. They just want to set me against Mr President and it won’t work,” Ajimobi said.
Top Stories