A Nigerian soldier has been killed by Boko Haram just two months after he welcomed twin daughters. 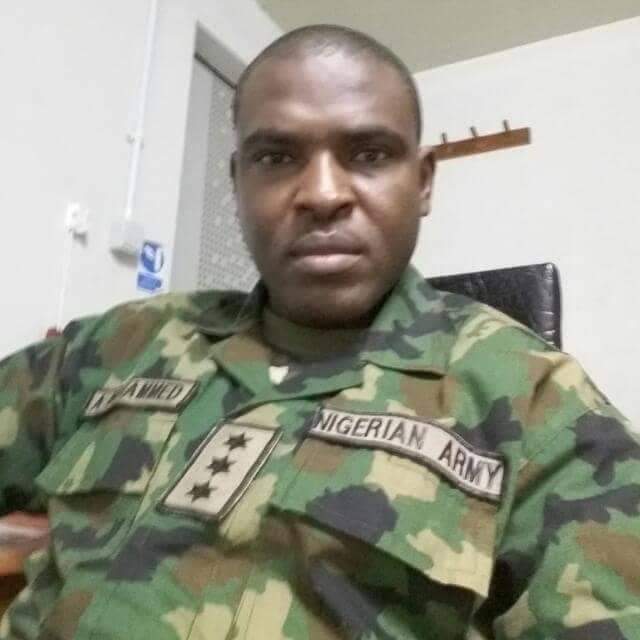 Abdulazeez Mohammed
One of the Nigerian soldiers killed by Boko Haram members along Maiduguri-Damaturu Highway in Borno state on Wednesday, July 18th, has been identified as Abdulazeez Mohammed.
Abdulazeez and his colleagues were repelling an attack from Boko Haram when he was gunned down alongside five of his colleagues.
His death was announced on social media by popular anti-corruption campaigner, Kayode Ogundamisi. 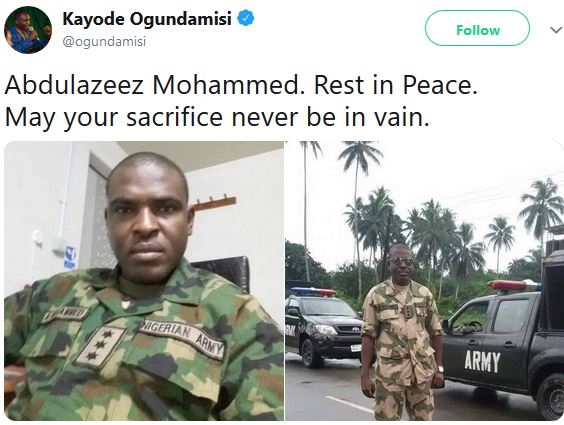 His friends who are mourning him on social media, revelead he welcomed a set of twins two weeks ago.