A police officer has left his family members in serious pain following his sad and unfortunate death. 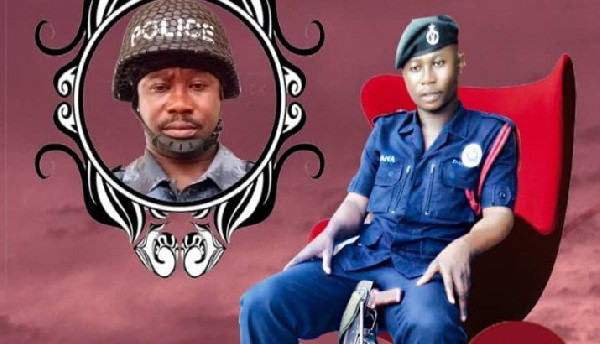 Lance Corporal James Yaw Appiah a.k.a “Antoa Cupers”
42 year-old Lance Corporal James Yaw Appiah a.k.a “Antoa Cupers”, left his family heartbroken following news of his death which came two weeks to his wedding.
The policeman attached to the police unit in Bolgatanga in the Upper East Region, Ghana, was found dead in his tent at a police duty point near the Bawku Government Hospital on the last day of a monthly rotational police operation that had sent him to the town.
His death came few hours after having a chat with his cousin and gospel musician Lady Prempeh. The deceased's family however suspects that the police authorities are withholding the truth, as corpse of the deceased had bloody bruises to the right side of his face down to the shoulder, suggesting that he might have struggled with his assailant.
Head of the family, Nana Dr Kusi Appiah Osraman in an interview with Kumasi-based Angel FM saidd, “Police in the Upper East Region is being economical with the truth in the circumstances that led to the death of his nephew and suspects that they have a hand in the matter”.
“They are deliberately keeping the body at Bawku so that it would get rotten in order to conceal the evidence that could be adduced from the postmortem”, he said, accusing the Upper East Regional Police Commander, DCOP Ampofo Duku of conspiring to get his nephew killed, because he told me to “do whatever I want or please myself” when I threatened to make the matter public."
He is reportedly survived by two kids from his previous relationship, and his fiancee he was to get married to.
Top Stories