An actress who was cursed for snatching another woman's husband has apologized to the woman she hurt. 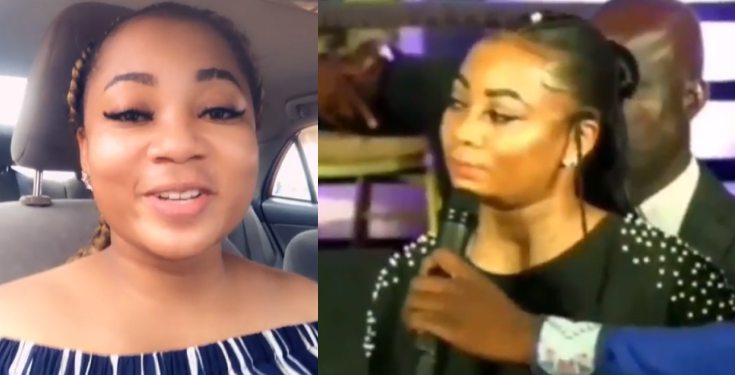 Actress Vicky Zugah has apologised
Actress Vicky Zugah has finally reconciled with the woman that cursed her 10 years ago, for snatching her husband after several warnings.
The Ghanaian actress apologized for ever making such a move.
It was gathered that the curse was uncovered after she visited Prophet Prince Elisha in his church.
The Ghanaian Prophet disclosed that Vicky Zugah was warned several times to stay away from the married man spending a lot on her, but she remained adamant.  However after the aggrieved woman went physical with her confrontation, the Ghanaian actress called the man who drove her down to his house and assaulted his wife before her.
From a place of pain and in her absence, it was gathered that the woman placed a curse of never being taken seriously in any relationship and never getting getting married on Vicky Zugah, and it was meant to be potent till she dies.
To break the curse, she was instructed to find the woman and reconcile with her.
Here is a video of the prophecy that came two months ago below:

Ngige Apologises To NASS Over Faceoff With Keyamo
Recent Stories