A Nigerian man has gotten more than he could chew after he was mercilessly beaten to a pulp for stealing a Gucci bag. 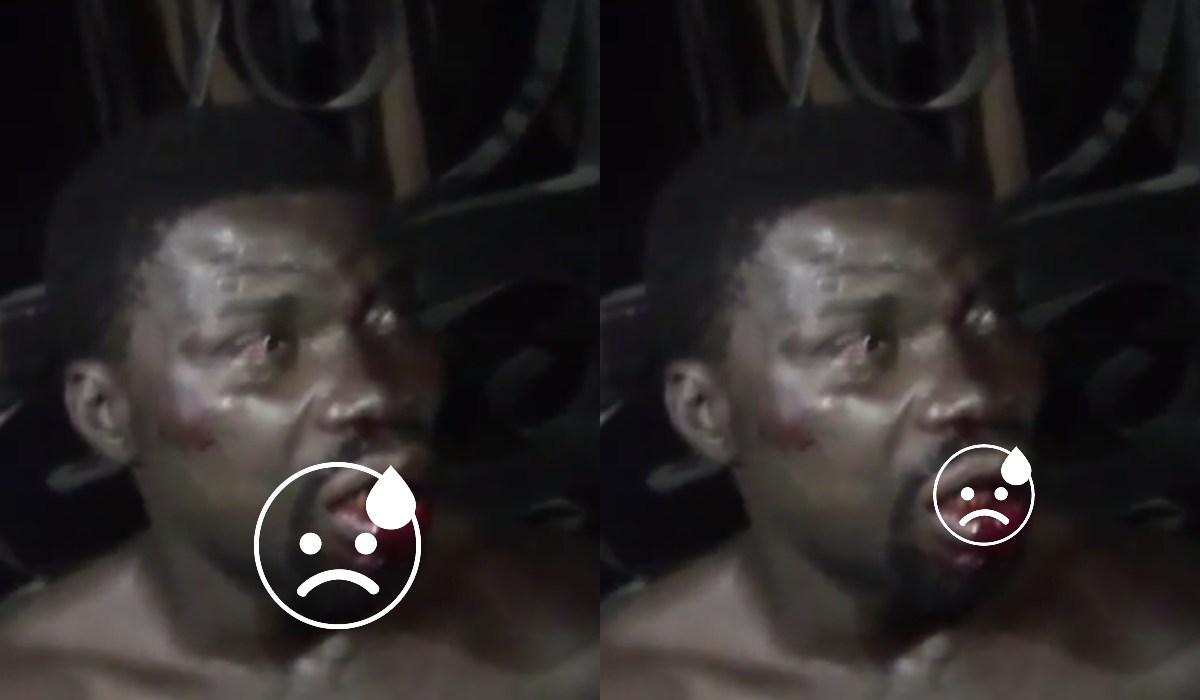 The robber
A man has been taught the lesson of his life after he allegedly stole a handbag belonging to a woman at a club in Ikeja area of Lagos state.
The Nigerian man was beaten and stripped by an angry mob over the incident.
According to a twitter user, blinxcavalli, the man had allegedly stolen the handbag at Club Royale, Ikeja, Lagos and was about escaping when he was caught.
He wrote:
"This happened early hours this morning. I met an old course mate at a birthday celebration at Club Royale, Ikeja and she left her bag on her table to come and greet me. When she got back to her table her bag was missing and we quickly raised alarm. Little did we know that the people popping Hennessey and cranberry juice beside her table were a criminal gang of 4 who specialise in stealing and pickpocketing from one night club to another. The female among them carried the bag so the security didn’t notice anything suspicious. Fortunately for us we realised the bag was missing early enough so when they realised we were on their heels, 3 of them were able to run into their awaiting car but the leader who collected the bag from the lady among them wasn’t able to enter the car quick enough so they sped off and left him to his fate. We tried to pursue him but he was too fast. Luckily a MOPOL who was on his way to his office saw this dude walking suspiciously holding a female Gucci bag and when he tried to question him he took off and that was how the MOPOL caught him and brought him to us. We beat him to a pulp and stripped him naked but I begged the angry mob to let him go being that I am a strong advocate against jungle justice. We promised that the video of his confession will go viral on social media for his shame to be shown to the whole world so please tag blogs to this post. We need to be contented with the little we have because extortion starts from petty stealing till it evolves to armed robbery."

Man beaten to a pulp for stealing a lady’s bag at a club in Ikeja. pic.twitter.com/m9DyUsHV0I