Why Fulani Herdsmen Must Be Allowed To Live Anywhere - Senator Uzodinma


He also called on leaders to avoid making inflammatory statements that can worsen the security challenges in the country. 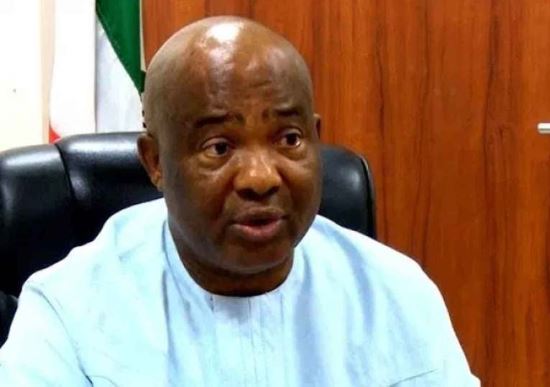 Senator Hope Uzodimma
Imo State governorship candidate of All Progressives Congress, APC, in the general election, Senator Hope Uzodimma, has called on Igbo living in the North and herdsmen living in the South to remain at their duty posts and not panic or rush back home out of fear for their security, assuring them that the Federal Government would protect them.
He also called on leaders to avoid making inflammatory statements that can worsen the security challenges in the country.
Senator Uzodinma, who spoke at a town hall meeting in his Omuma country home in Imo State, urged Igbo and Fulani across the state to keep faith with the assurances given by President Muhammadu Buhari that the security of lives and properties of Nigerians are guaranteed and that those who breach the peace will be brought to book
A group of northern youths had, last week, called on Fulani herdsmen in the South to return to the North, alleging provocative statements by some southern leaders as evidence that they were not safe in the South.
Uzodinma urged politicians to stop heating up the polity, adding “we all must believe in the ability of our President, a general in the army, to find solution to the challenges.”
According to him, “I have the full confidence that the Federal Government has both the will and might to secure the lives and properties of Nigerians everywhere in the land.”
He further urged Ndigbo nationwide not to panic and to go about their normal businesses “because I know that our security is guaranteed.”
Top Stories