Popular Nigerian movie star, Uche Ogbodo has been spotted with a huge python wrapped round her neck. 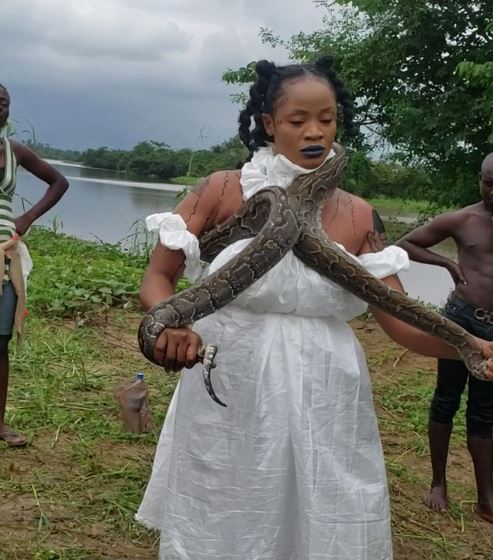 Nollywood actress, Uche Ogbodo was caught on video with a huge python wrapped round her neck on set.

Ogbodo is playing the role of Snake Girl ‘Azummiri’ in a movie that will soon hit the public, ‘Udene.’

She posted videos of herself on set with a huge live python wrapped round her neck.

She wrote: “This my Python is not obeying me here, its not used to me yet. I’m on set guys, playing the Snake Girl AZUMMIRI in this wonderful one of a kind epic movie #UDENE, facilitated and produced by my girl @omannadi for @kenomatv , Directed by @ernestobimindset the Baba of Extraordinary imagery. UDENE is going to wow you guys.

"Stay tuned for more Pics and videos of Azummiri and her Python.”

She posted another photo on her Instagram and said “The making Of UDENE. My expression in this picture explains a lot. This PYTHON is FREAKING Heavy and here it took a piss on my hands, it was so gross and the pee smells so Bad. But as the Goddess (Azummiri the Snake Girl) herself, the Python knows I am her master, she had to behave” 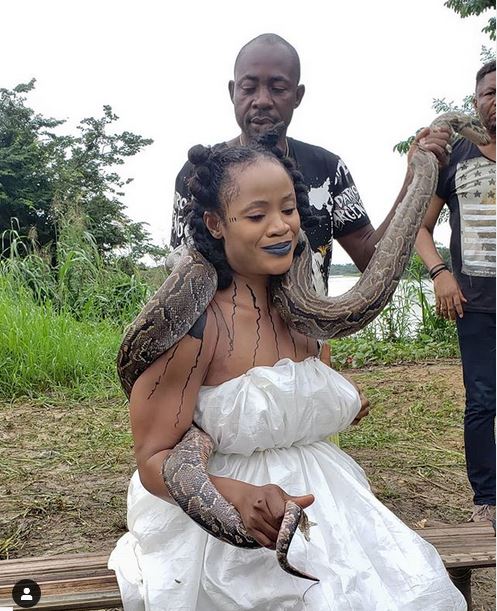 In another video on her Instagram, she said: “I’m not called the GODDESS for nothing. See me controlling a real python Haaaaaa!. IGBO FILMS are more daring this days guys !!!!!! Let’s keep supporting the culture.”