The Togolese nationals are protesting the continued rulership of President Gnassigbe whose family has been in power for decades. 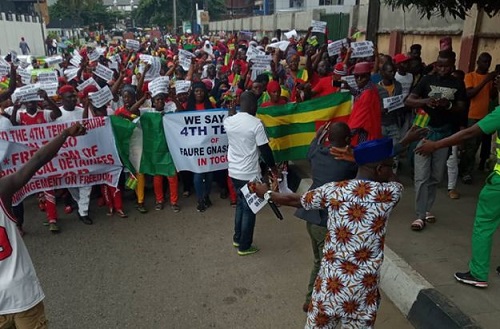 Togo nationals took to the street of Lagos to protest

Thousands of Togolese are presently protesting at Onikan, Lagos.

The men and women, many of whom came from Togo for the protest, said they wanted an end to the government of Faure Gnassigbe, who is seeking a fourth term in government.

They said they had been ruled by the Gnassigbe family for over 59 years.

They are seeking help from the Economic Community of West African States in Lagos, Nigeria. 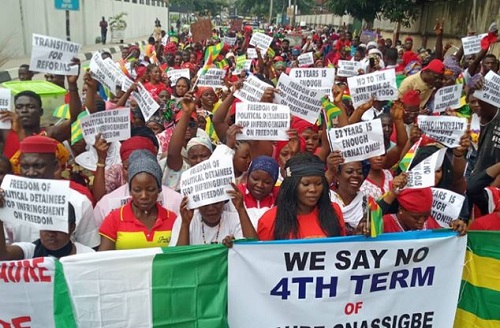 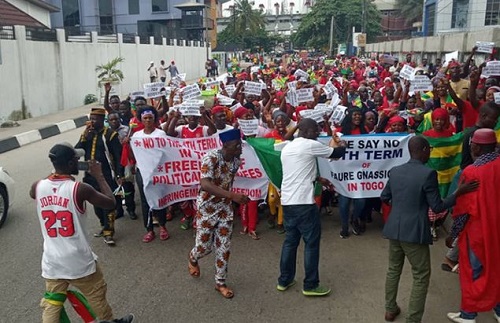