The attention of the general public has been drawn to the discreet sexual activities between some of the housemates of the present Big Brother Naija reality show. 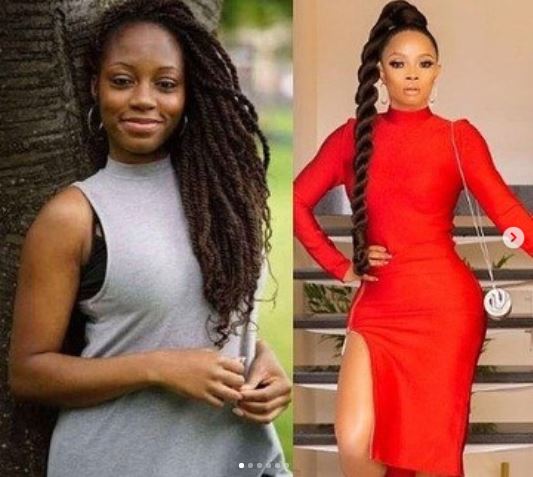 Khafi and Toke Makinwa
'Gedoni is only taking advantage of Khafi, she needs to leave him alone' On-Air-Personality and relationship adviser, Toke Makinwa said on Twitter.
This is coming after Adesua Etomi also asked for a chance to have a word with Khafi who is a police officer in the United Kingdom. The beautiful lady has been seen under the bedsheets in the middle of the night having s*x romps with Gedoni.
Toke Makinwa is of the opinion that #BBNaija contestant, Gedoni is only taking advantage of his fellow housemate, Khafi, because of how she comes across to him.
Read some of her reactions below: 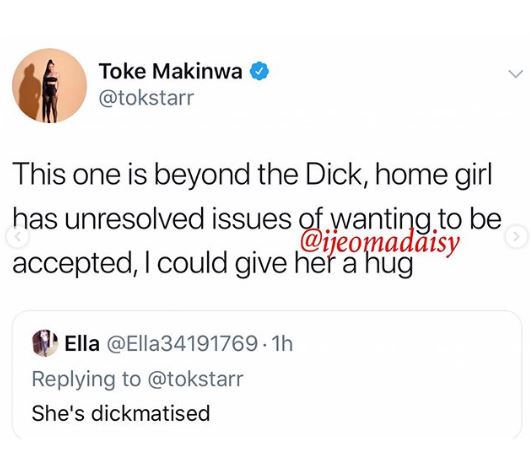 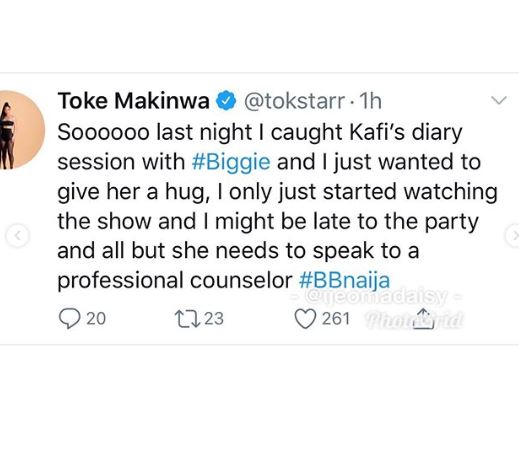 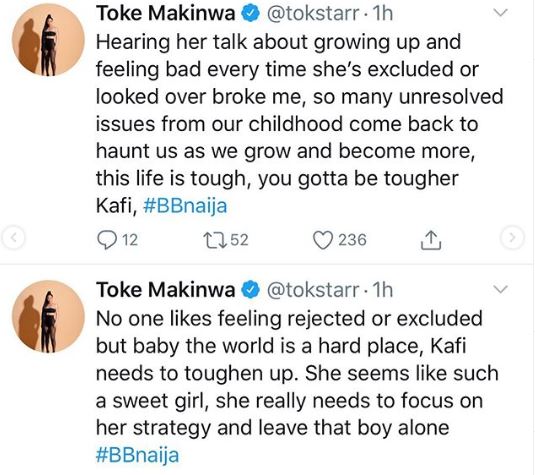 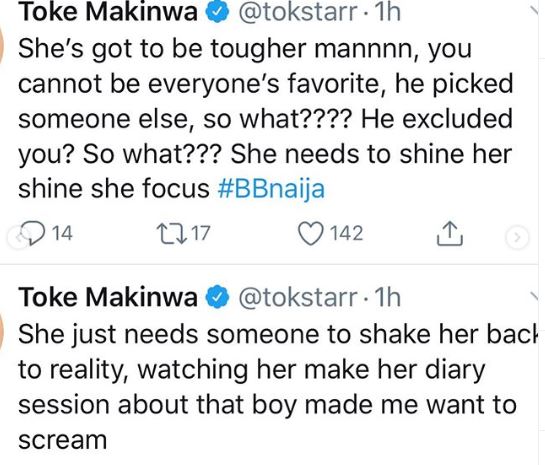 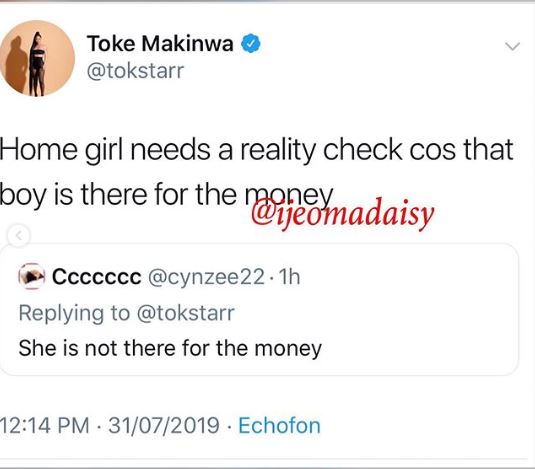