The footage was viewed by thousands of people before N'Jie realised his error and deleted the video, but by then it was too late. 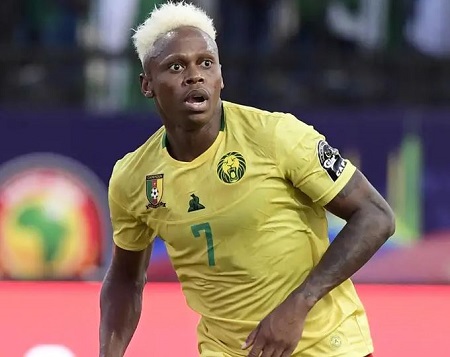 Clinton N’Jie
Former Tottenham Hotspur striker Clinton N’Jie has apologised for posting a sex tape live stream of himself on Snapchat, claiming that he was trying to look at the news but “had drunk too much”.

The Cameroon international, who currently plays for Dynamo Moscow after spells with Lyon, Spurs and Marseille, had to clarify what happened after a video of him involved in a sex act with an unknown female was accidentally broadcast on his social media profile.

The footage was viewed by thousands of people before N’Jie realised his error and deleted the video, but by then it was too late.

The 25-year-old later confirmed that he had been out celebrating a new contract after agreeing to join Dynamo from Marseille that involved consuming alcohol, which he claims lead to him trying to Google his own name to read about the transfer.

But in pressing the wrong button on his phone, N’jie managed to upload the video to his Snapchat story.

“I’m sorry, I had drunk too much,” he told Orange.fr. “I celebrated my new contract and wanted to read the news. I pressed the wrong button.”

The bizarre incident overshadowed N’Jie’s move to Russia after he signed a four-year contract to join the Moscow outfit, having spent the best part of three seasons in France with Marseille – having initially left Spurs on loan in 2017 before joining on a permanent deal that summer.

The forward scored 16 goals from 83 appearances with the Ligue 1 side after a solitary unsuccessful season at Tottenham in 2015/16, in which he failed to score in 14 matches before being sent out on loan at the end of the summer transfer window.
Top Stories