Iheanacho will now wear the No.14 shirt for Brendan Rodgers' side for the 2019-20 season. 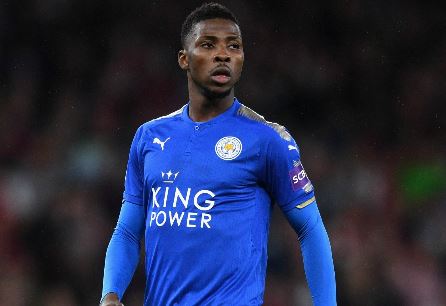 Kelechi Iheanacho
Super Eagles striker, Kelechi Iheanacho, has been given a new jersey number at Leicester City.
Iheanacho will now wear the No.14 shirt for Brendan Rodgers’s side for the 2019-20 season.
The former Manchester City star switched from his previous number, 8, which he had worn since joining the club from Pep Guardiola’s side.
However, Leicester City’s new signing, Youri Tielemans will now wear the No.8 shirt for the Foxes.
Leicester City disclosed this in a statement through the club’s official website on Thursday: ”Kelechi Iheanacho takes the No.14 shirt he has worn regularly for Nigeria, allowing summer signing Youri Tielemans to take No.8, a number he has worn regularly for Belgium.”
Iheanacho was omitted from Nigeria’s 2019 African Cup of Nations, AFCON, squad to Egypt.
He scored a brace in City’s friendly 2-2 draw against Rotherham United last week.
Top Stories