The Spanish boss does not wish to lose the Germany winger but says that the situation could change if the 23-year-old tells him he wants out. 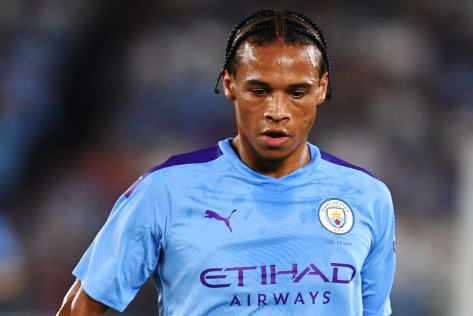 Leroy Sane
Manchester City head coach Pep Guardiola has insisted that he wants Leroy Sane to remain at the Etihad Stadium but claims he would talk to the club if the winger requests a transfer.
The 23-year-old has spent the last three years of his career in Manchester, having joined the Premier League champions from Schalke in 2016.
The Germany international has picked up six major trophies with City, including two league titles, but he found regular playing time hard to come by towards the back end of last season.
Guardiola granted the likes of Raheem Sterling and Bernardo Silva prominent roles ahead of Sane, leading to speculation over his future at the club.
Bayern have publicly expressed an interest in the attacker, but they also came out this week to deny reports that a €100 million (£91m/$111m) deal has already been negotiated .
Speaking ahead of a Community Shield clash against Liverpool on Sunday, Guardiola took some time to address speculation over Sane's position at City and insists he only wants players who want to stay.
"What [director of football] Txiki [Begiristain] sent me two or three weeks ago, [told him] it [a contract agreement] was quite close. Now it's not. Now it's a bit different. That's where it is," Guardiola began.
"I'm not aware of the rumours. I want players who want to stay. The player didn't tell me anything, that's the reality.
"If he knocks on the door and says he wants to leave then we will speak with the club. We want him to stay here because we try to extend the contract for more than a year."
The City manager also suggested that there could be more business to be conducted in the transfer window at the Etihad before the August 8 deadline, adding: "[There could be a] few in and out."
Spanish midfielder Rodri is the only major new arrival at the club so far this summer, joining for a club-record £63m ($79m) fee from Atletico Madrid.
City also re-signed Brazilian full-back Angelino from PSV for €12m (£11m/$14m), but Guardiola has previously expressed a desire to add one more defender in time for the start of the new season.
And that could well be Joao Cancelo, with Goal reporting that City have re-opened talks with Juventus over a transfer that could see Danilo heading in the opposite direction.
After facing off against Liverpool at Wembley, City will look ahead to the first game of their 2019-20 Premier League campaign, which will take place at the London Stadium against West Ham on August 10.
Top Stories