The arrest of the publisher of SaharaReporters, Omoyele Sowore has received widespread condemnation from Nigerians. 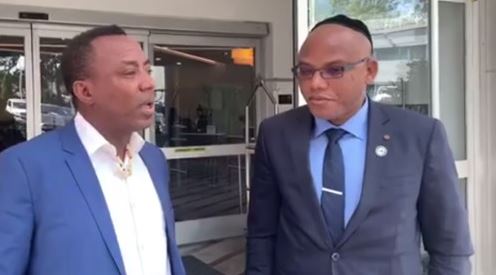 Omoyele Sowore and Nnamdi Kanu
Leader of the Indigenous People of Biafra (IPOB), Nnamdi Kanu, has reacted following the arrest of the publisher of SaharaReporters, Omoyele Sowore.
He called on President Muhammadu Buhari to ensure his immediate release.
“Fulani tyranny & primitive dictatorship will never win this war against the massed ranks of oppressed people in Nigeria. Suppressing the right to protest in a so-called democracy will only hasten the collapse of that ZOO.
#FreeSowore & allow the #RevolutionNow right to protest.” Kanu tweeted.
Also reacting, Senator Shehu Sani took to his Twitter page and wrote:
"Our democracy is a block of ice floating on warm waters. The sponsored protest and attacks on the @AmnestyNigeria stands condemned. The arrest & detention of @YeleSowore is needless. I join the call for his release #FreeSowore." He tweeted 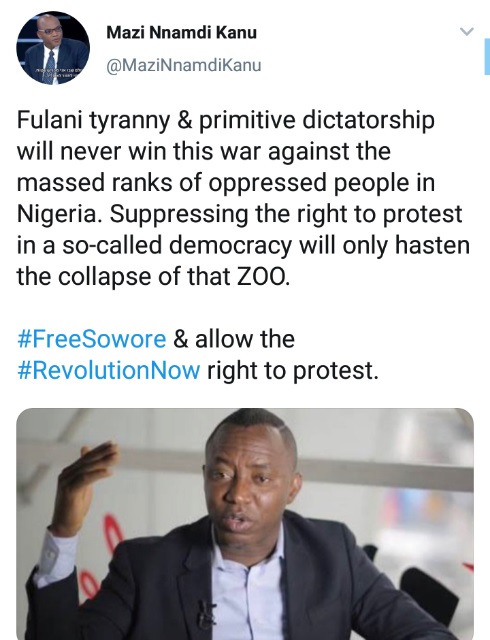 Earlier, former vice president Atiku Abubakar had condemned the arrested calling it “kidnapping in the guise of arrest.”
Sowore, also a former presidential candidate, was arrested early Saturday by security operatives suspected to be from the Department of State Security (DSS).
The arrest is believed to be connected to the #RevolutionNow protests which is set to commence nationwide on August 5.
Nigerians have termed the arrest of Sowore as dictatorship in action. 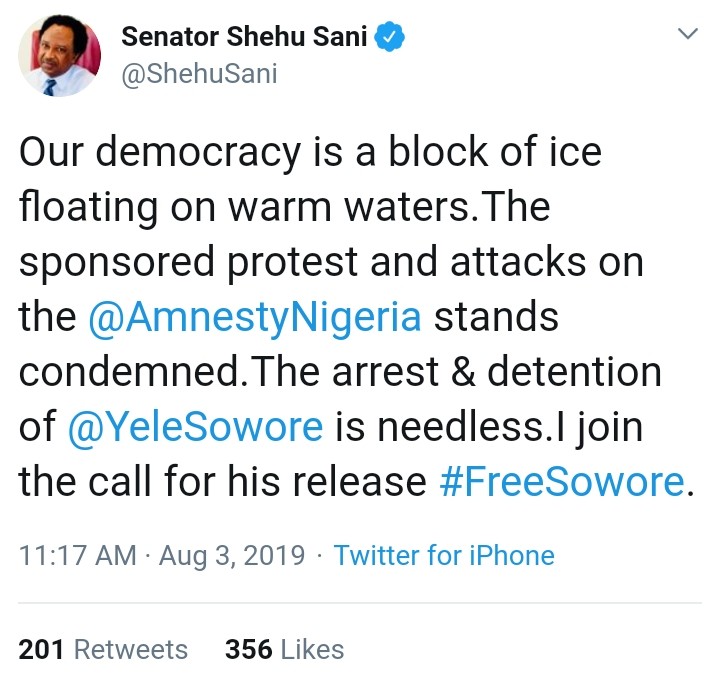