One of the students who died at the Abubakar Tafawa Balewa University after a bridge collapsed, has been revealed. 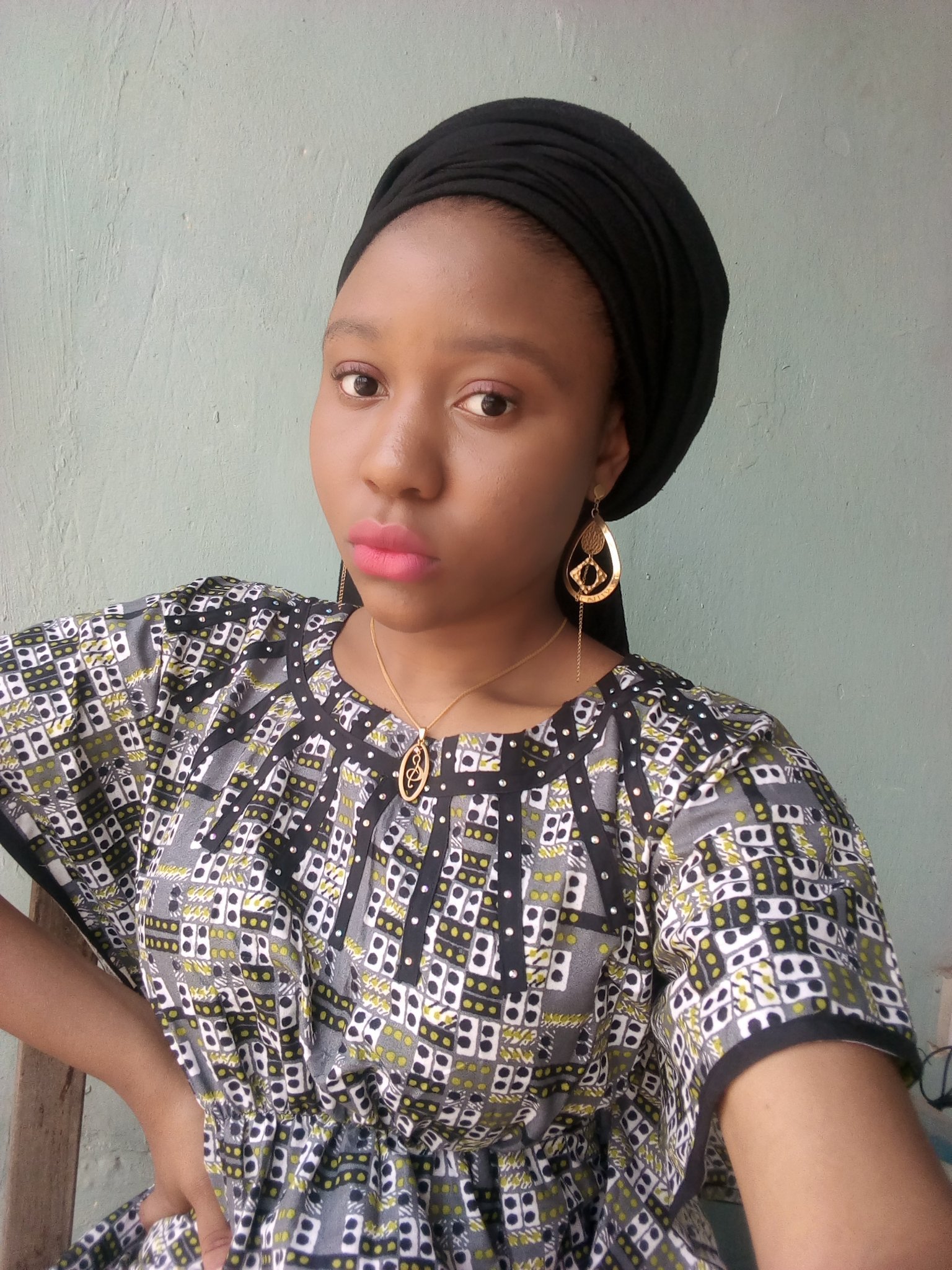 Salamat
One of the victims of the Abubakar Tafawa Balewa University, Bauchi bridge collapse has been identified as Salamat.
Salamat, a 200 level student studying Chemistry Education, was killed alongside four others when a pedestrian bridge at the Abubakar Tafawa Balewa University (ATBU), Gubi Campus, collapsed last night during a heavy downpour.
Salamat and other students were on their way back to the hostel when the bridge linking the lecture rooms to the hostel collapsed, killing 5 and causing others to suffer various degrees of injuries.
Salamat's sister had gone on Twitter to ask for help in locating her sister after the bridge collapsed. 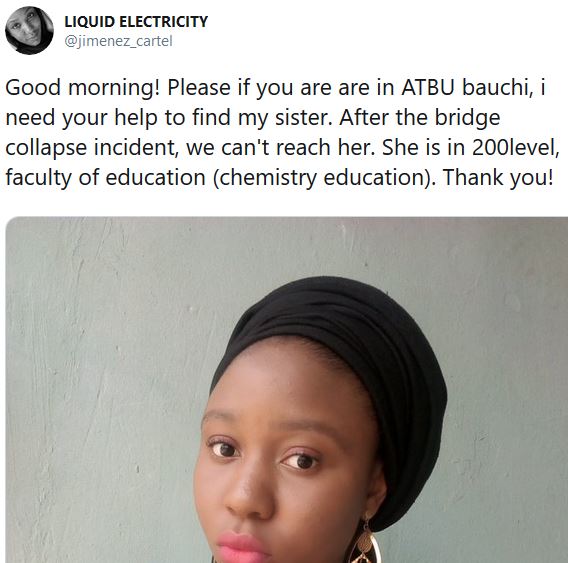 Hours later, she returned to the platform to inform that her sister was one of those who died. 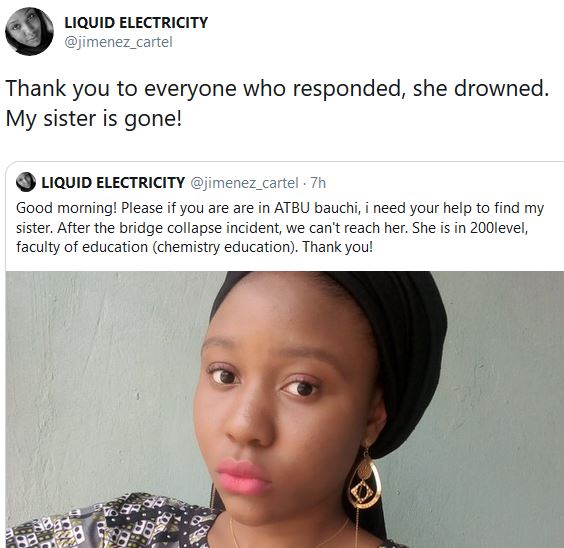