At least two people have lost their lives after female suicide bombers attacked a crowd in Borno. 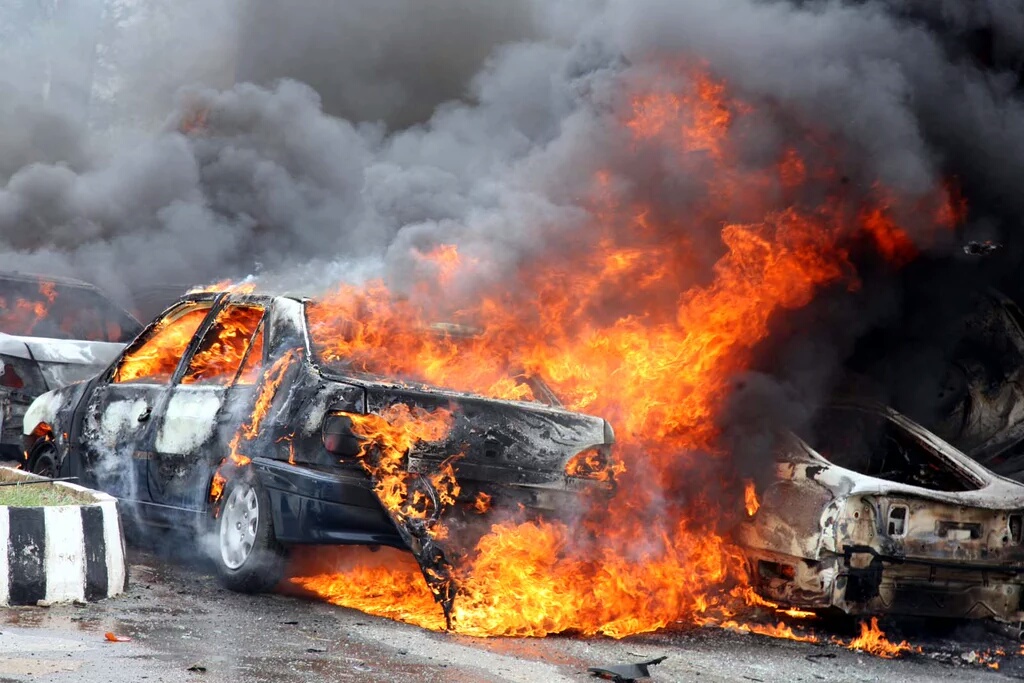 Suicide bombers (File photo)
According to a report by AFP, two female suicide bombers killed three civilians and wounded eight in a suspected Boko Haram attack in northeast Nigeria, on Wednesday.
It was gathered that the twin blasts tore through a crowd late Tuesday in the town of Mafa, some 50 kilometres (30 miles) from regional capital Maiduguri.
“The female bombers killed three people and wounded eight others,” Bello Danbatta, head of security for the State Emergency Management Agency in Borno state, told AFP.
The assailants entered the town among a group of local women who had gone to fetch firewood for cooking, Danbatta said.
Local district spokesman Adamu Mohammed, who gave the same toll, said the bombers waited until around 8:30 pm (1930 GMT) before launching their attack.
Boko Haram has been waging a 10-year insurgency in northeast Nigeria that has seen it repeatedly use female suicide bombers to attack soft targets such as mosques, markets and bus stations.
Many of the bombers are young women and girls.
The last suicide attack was in June when a triple bombing outside a hall where football fans were watching a match killed at least 30 people.
Boko Haram’s decade-long campaign of violence has left some 27,000 people dead, displaced over two million across the region and spilt over into neighbouring countries.
The jihadists have splintered into two major factions after fighters loyal to the Islamic State group broke away from long-time leader Abubakar Shekau in 2016.
Shekau’s Boko Haram group has tended to attack civilian targets, while the Islamic State West Africa Province faction has ratcheted up assaults on the military since July 2018.
Top Stories