His body was recovered Sunday morning at about 10 a.m. by SQ divers and he will soon be buried. 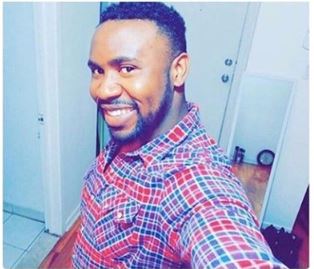 Uchenna Stanley Nnaji
A 25-year-old Nigerian immigrant has died after drowning during a boat cruise with his friends in in Montreal, QC, Canada.
Uchenna Stanley Nnaji had just been granted asylum in Canada, about two weeks earlier. He drowned Saturday in Lac des Sables in the Laurentian community of Ste-Agathe-des-Monts. .
He was with a group of friends near Ste-Lucie beach, about 100 kilometres northwest of Montreal, when he jumped off a boat into the water to swim at about 11:50 a.m. — and did not resurface. 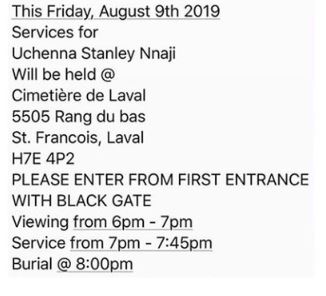 His body was recovered Sunday morning at about 10 a.m. by SQ divers. Firefighters and the SQ nautical team, which included divers, had patrolled the area on Saturday until dusk and the SQ resumed its search on Sunday at about 8 a.m.
Top Stories