A Nigerian student has sadly passed away after suffering a truly horrific auto crash in Malaysia. 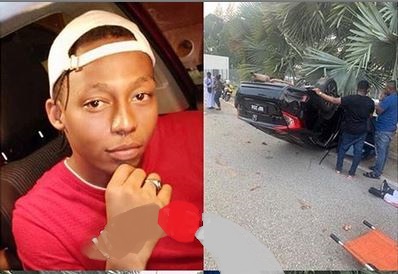 Muhammad Saad Yuguda
It has been reported that a 24-year-old Nigerian student has died after his car hit a tree before it overturned in front of Cyberjaya National School (SK) in Malaysia.
The crash happened at about 6.20am. The victim, Muhammad Saad Yuguda, suffered serious injuries and was pronounced dead at the scene.
Muhammad was found stuck in the driver's side of his Honda Civic. 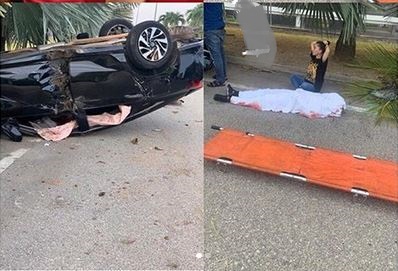 In a video from the scene, a lady, suspected to be his girlfriend, can be seen crying over his corpse.
Condolences have been pouring in for the deceased.
Top Stories