Man Arrested For Sleeping With Mad Woman In Lagos (Photo)


A man has landed in serious trouble after he was caught sleeping with a mad woman in Lagos. 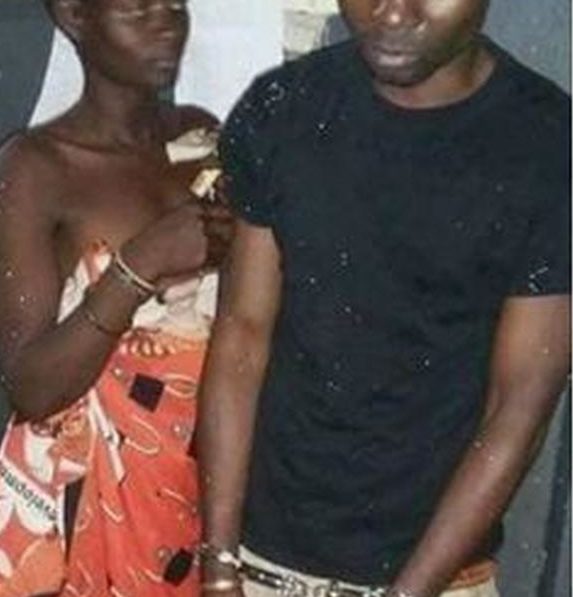 The man arrested for sleeping with a mad woman
The Police in Lagos have arrested a 30-year man, who reportedly specialised in engaging and impregnating mad ladies on the streets, after he allegedly took a pregnant mad woman into an uncompleted building to have s-x.
The suspect, Laminu Alli, was apprehended by the Lagos residents after he was reportedly caught inside the uncompleted building, where he went to have s-x with victim simply identified as Christiana.
The incident happened at Isheri Olofin along Igando-LASU Expressway to Iyana Iba area of Lagos.
PM Express gathered that it was not the first the suspect, Alli, had reportedly been caught with mad women inside uncompleted building but the residents decided to confirm their suspicion over a period of time.
Alli was said to have taken the mad victim, Christiana, into the building and pulled his trouser in order to penetrate her before he was caught and accused of armed robbery.
However, he denied being an armed robber but only took the victim into the building in order to have sex with her despite the fact that the victim was pregnant and not mentally balanced.
He was handed over to the Police at Idimu Division. After interrogation, the Police found him culpable and later arraigned him before the Ejigbo Magistrates Court for attempting to rape a mad woman by force with the knife found on him.
He pleaded not guilty.
The prosecutor, Supol Kenneth Asibor, asked the Court to give a date for hearing since he pleaded not guilty to enable the Police to prove the matter.
Thus, the Presiding Magistrate, Mr. T.O Shomade, granted him bail in the sum of N100,000 with two sureties in like sum.
He was remanded in prison custody pending when he will perfect his bail. The matter was adjourned till 12th August, 2019.
Top Stories