The Mexican-American underdog shocked the world when he knocked out AJ to claim the WBA, IBF and WBO belts on June 1. 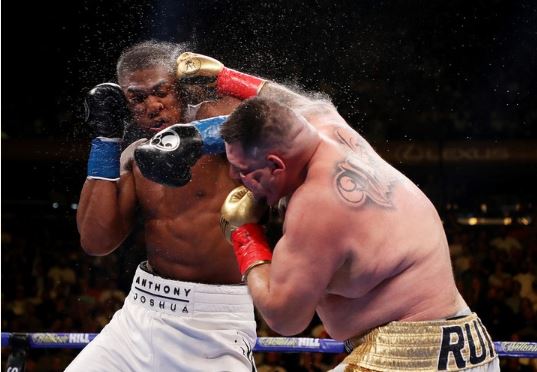 Anthony Joshua and Andy Ruiz
Andy Ruiz Jr will defend his unified heavyweight titles in a rematch with dethroned former champion Anthony Joshua on December 7 in Riyadh, Saudi Arabia.
The Mexican-American underdog shocked the world when he knocked out AJ to claim the WBA, IBF and WBO belts on June 1, though the Brit has now activated his rematch clause and is determined to secure revenge.
As he handed Ruiz the opportunity to begin with, Joshua was contractually able to call the shots with regards to where this second fight will take place. 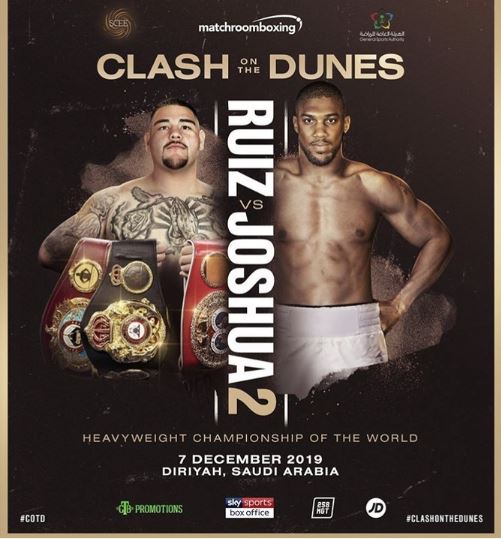 However, the new champion made it publicly known that he did not want to travel to the UK and so the Brit’s team sought a neutral venue.
Offers came in from all over the world, with Saudi Arabia emerging as the surprise host.
In the past year, the Middle Eastern nation have delved into boxing, hosting two notable bouts with relative success.
The World Boxing Super Series super-middleweight tournament final between Callum Smith and George Groves all went to plan in Jeddah last September, and Amir Khan’s last fight against Billy Dib took place in the same city.
Top Stories