Wealthy financier Jeffrey Epstein has been found dead in his prison cell in New York while awaiting trial for child sex trafficking charges, officials have said. 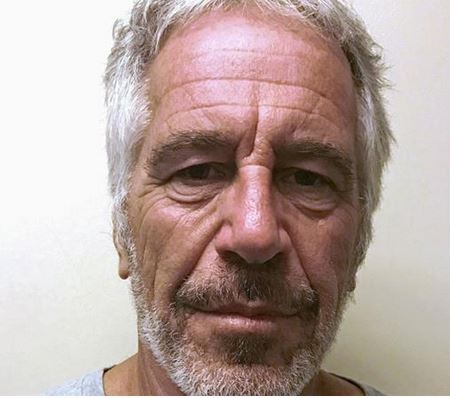 The 66-year-old hanged himself at the Metropolitan Correctional Center in New York and his body was found around 7:30am (11:30 GMT) on Saturday morning, The New York Times reported, quoting officials.

Last month, he was found unconscious in his cell with injuries to his neck, reports said.

Epstein, who was arrested on July 6, had pleaded not guilty to charges of sex trafficking involving dozens of underage girls, some as young as 14. Prosecutors said the alleged offences took place at Epstein's homes in Manhattan, New York and in Palm Beach, Florida between 2002 and 2005.

He was facing up to 45 years in prison if convicted.

Epstein's arrest drew national attention, particularly focusing on a deal that allowed him to plead guilty to soliciting a minor for prostitution in the southern state of Florida and avoid more serious charges.

At the time, Epstein was facing prosecution on allegations of sexually abusing dozens of girls between 1999 and 2007, directing others to abuse them and paying employees to bring victims to him, according to court filings.

Authorities said in the court records that at least 40 underage girls were brought into Epstein's Palm Beach mansion for what turned into sexual encounters.

Epstein denied the charges, saying his encounters with the alleged victims were consensual and he believed they were 18 when they occurred.

He avoided prosecution by admitting to a single charge of soliciting prostitution from a minor and registering as a sex offender.

He served a 13-month sentence in county jail, during which he was allowed to leave during the day to go to his office, and was released in 2009.

Federal prosecutors in New York reopened the inquiry after investigative reporting by The Miami Herald stirred outrage over that plea bargain.

Epstein's lawyers said the new charges were covered by the deal and were improper.

They said he has not had any illicit contact with underage girls since serving his 13-month sentence in Florida.

Last month, Alex Acosta resigned as US labour secretary over his role in negotiating the plea deal with Epstein. Acosta was a federal prosecutor in Florida at the time.
Top Stories