NCDC stated that by the time the cases were reported, it was too late to collect samples for confirmation from the cases. 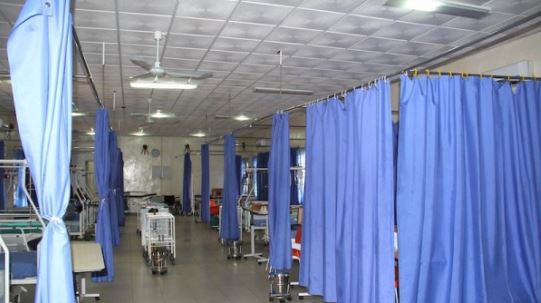 File Photo
The Nigeria Centre for Disease Control on Saturday said a suspected outbreak of yellow fever in Ebonyi State had killed 20 people.
The agency in a statement signed by its Director General, Dr. Chikwe Ihekweazu, said a rapid response team had been sent to support the state since July 30, 2019, in partnership with the World Health Organisation.
It stated, “ Following a report of cases and deaths from fever of unknown origin in Izzi Local Government Area in Ebonyi State, the state public health team commenced investigation. As at the 31st of July 2019, three cases had tested positive for Yellow fever at NCDC’s National Reference Laboratory, which triggered an immediate response.
“Ebonyi State Epidemiology Team is leading the response with support from NCDC, National Primary Health Care Development Agency and WHO.
“In the course of investigation, it was discovered that between May 1 and August 7, 2019, there had been cases that fit into the case definition for Yellow fever and 20 deaths in Izzi LGA, Ebonyi State, indicating that the outbreak may have been going on for a few months undetected by local health authorities.”
NCDC stated that by the time the cases were reported, it was too late to collect samples for confirmation from the cases.
“Immediately it was notified, NCDC deployed a rapid response team to support Ebonyi State with contact tracing, case finding, risk communications and the management of cases. Detailed analysis and plans are in advanced stages to apply to the international vaccine stockpile to enable a reactive vaccination campaign in Ebonyi state, in response to the cluster of cases.”
Top Stories