The police said they were among the most disciplined, proficient and hardworking Police investigators in the service of the country. 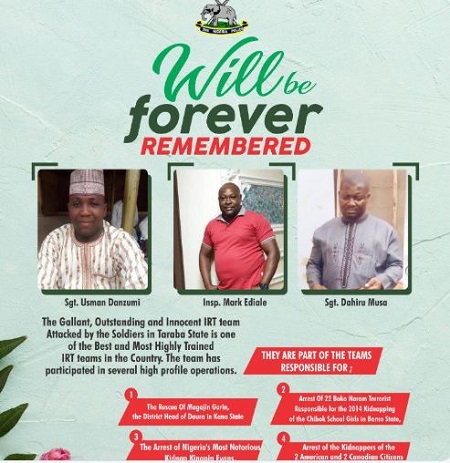 The bodies of the three policemen who were killed by soldiers in Taraba state while on covert operation, arrived at the morgue of Garki General Hospital in Abuja early Sunday.

An ambulance brought the bodies kept in caskets from Jalingo, capital of Taraba state, TVC reported.

The police have not announced a burial date for the trio, Inspector Mark Edaile, Sgt. Usman Danzumi and Sgt Dahiru Musa, described as stars of the force.

The police said they were among the most disciplined, proficient and hardworking Police investigators in the service of the country. One civilian was also killed with them, all shot at close range. 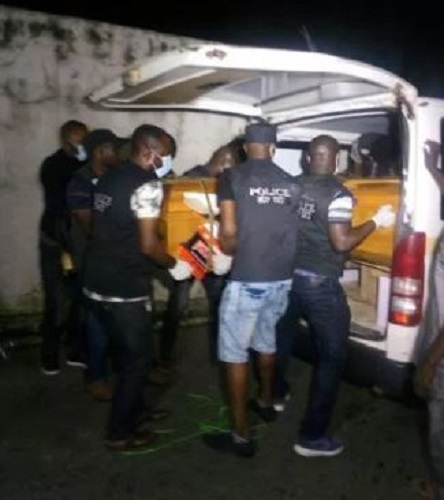 The ambulance that brought the three police officers on Sunday

According to a police statement, the slain men had participated in several high profile and high risk arrests, rescue missions and investigative operations. They were credited with the arrest of Nigeria’s most notorious kidnap kingpin, Evans, the arrest of twenty Boko Haram terrorists responsible for the 2014 kidnapping of the Chibok School Girls in Borno State, the arrest of UMAR Abdulmalik, the overall Boko Haram Commander of North Central Nigeria and several of his group members.

Police also said the slain men were involved in the arrest of the kidnappers of two American and two Canadian citizens in Kaduna State.

President Muhammadu Buhari on Thursday ordered a probe into the killing by soldiers of the 93 Battalion based in Takum, Taraba State.
The Defence Headquarters heeding the presidential directive has set up a seven man headed by Rear Admiral I.T. Olaiya, to determine the circumstances which resulted in the fatal shooting. It has already begun work.
Top Stories