The Portuguese criticised the player for failing to close space in the box during the encounter. 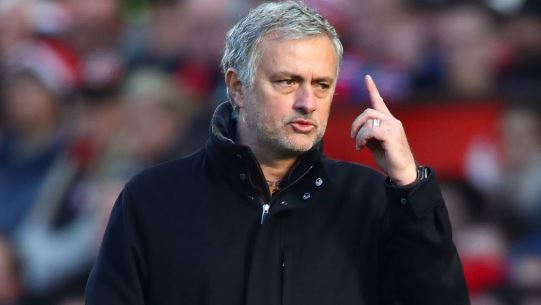 Jose Mourinho
Former Manchester United and Chelsea manager, Jose Mourinho, has criticised the performance of defender, Luke Shaw following the Red Devils’ 4-0 win over Frank Lampard’s side on Sunday at Old Trafford.
Mourinho questioned Shaw’s display against Chelsea by saying that new signing, Harry Maguire had to cover for the left-back during the match.
The Portuguese criticised Shaw for failing to close space in the box during the encounter.
Goals from Marcus Rashford (2), Anthony Martial (1) and Daniel James (1) gave Ole Gunnar Solskjaer’s side all three points against the Blues.
“When Maguire has to cover Luke Shaw, and he will need to realise that he will need to do that a lot of times this season, he is not closing down the space in the box,” Mourinho told Sky Sports.
Meanwhile, speaking about Shaw in November 2018 before he was sacked by Man United, Mourinho told US Spanish-language TV channel Univision: “They’re lacking maturity. For example, Luke Shaw. When I got here two years ago, the boy didn’t even know how to compete. Great potential, yes, but he doesn’t know how to compete.”
Man United will take on Wolves in their next Premier League fixture on August 19.
Top Stories