A driver has been arrested by the police after he allegedly killed a tricycle rider during a fight in Lagos. 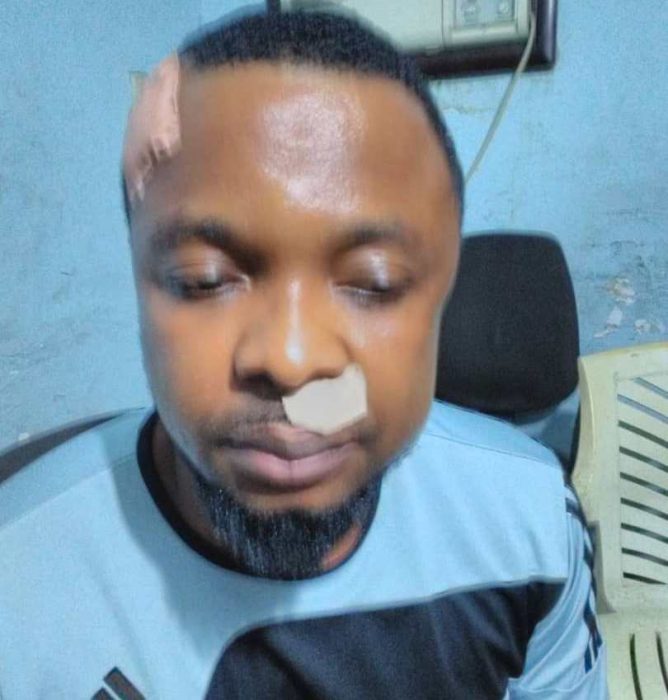 The driver clubbed the tricycle rider to death
A Sports Utility Van (SUV) driver has allegedly clubbed a tricycle rider to death with a wheel spanner during a fight over right of way in Surulere area of Lagos, Southwest Nigeria.
The incident occurred on Sunday at about 7:30pm.
Police Public Relations Officer, Lagos State Police Command, Bala Elkana, in a statement on Tuesday said on the said day, the Surulere Police Station received a distress call from Randle Hospital Surulere, that one Aniete Bassey, a Tricycle operator was brought to the hospital with a broken head and in pool of his own blood but died on arrival.
“Information gathered by Homicide detectives revealed that, the deceased person and a yet to be identified person in a Jeep had a misunderstanding on a major road along Akerele Street, Surulere by Falolu. That during the scuffle, the driver of the Jeep brought out a wheel spanner from his car and hit the deceased person twice on the head.
“The Jeep driver drove to an unknown destination, immediately after the incident. After a thorough and painstaking examination of available traces, the Jeep driver was identified as Christian Innocent, 39 years old of No 28 James Robertson Surulere and arrested by a team of detectives led by the Divisional Police Officer, Surulere, CSP Jimoh Jabaje on 12th August, 2019.
“He confessed to have engaged the deceased person in a fight over the right of way. That there was a vulgar abuse between him and the keke rider over who among them has the right of way as they both accused each other of rough driving. But there was no crash between the Jeep and the Keke,” he said.
Elkana said the suspect would be charged to court.
Top Stories