The 29-year-old joined the show, where she has romped three times with fellow contestant, Ekpata Gedoni, 31. 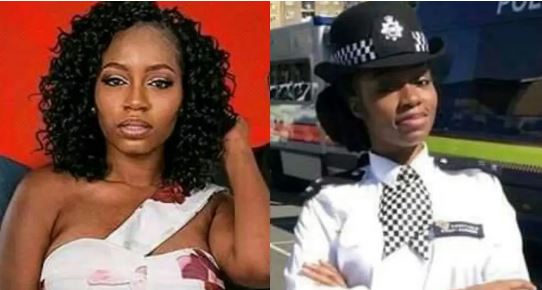 Khafi
Controversial media personality, Daddy Freeze has criticized BBNaija housemate, Khafi, for abandoning her job as a UK police officer.
It was reported that UK police on Tuesday said Khafi, who is a Metropolitan Police officer, went into the Big Brother Naija show despite being refused permission by her bosses.
According to The Sun, Scotland Yard said it had not granted her request to appear on the programme and that an internal investigation would be carried out.
The 29-year-old joined the show, where she has romped three times with fellow contestant, Ekpata Gedoni, 31.
Furious over her disobedience, one of her professional colleagues said “She’s a serving British police officer — it’s outrageous.
“She asked permission to go on the show but, when her request was refused, she went anyway.”
While reacting, Khafi’s family demanded an apology and retraction of the story, adding that it will sue the newspaper for failing to get its reaction before publishing the allegation.
Daddy Freeze, in response to the development, condemned Khafi for abandoning her job in the UK.
In a post on his Instagram page, Daddy Freeze wondered why Khafi would abandon her job to contest in #BBNaija just to gather ”few followers and likes on Instagram”.
According to him, Khafi can make the prize money of N60 million if she stayed productive on her job as a Police officer.
“While some will say it’s her life, I wonder why she would do something I personally consider quite reckless?
“Like putting a good paying job with benefits and a future on the line for a few followers and likes on Instagram? How much is N60m that she can not earn from her job in 2 or 3 years?
“The sex part also got me piqued, is she the only one with a vagina? Why she no fit hold body small? But like you guys will say, it’s her life. So I have no choice but to wish her well,” Freeze wrote.
Top Stories