The list of states that performed well in the 2019 West African Council Examination has been released. 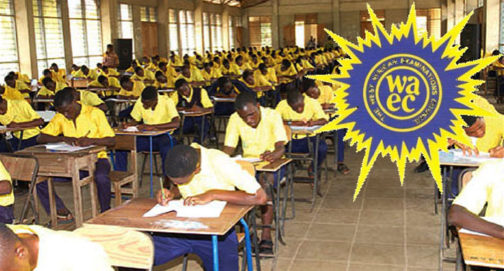 WAEC
Abia, Anambra and Edo states led other Nigerian states in the 2019 performance ranking chart of the West African Examination Council.
According to a report by Sahara Reporters, the chart, as released by the examination board, ranked the performances of all 36 states including the Federal Capital Territory, Abuja in the country.
While Abia, Anambra, and Edo states topped the chart, Jigawa, Zamfara and Yobe states sit at the bottom three.
According to the chart, Lagos State is the only state in the South-West that made the top 10.
Kaduna emerged as the best northern state sitting at the 12th position overall.
Also, bandits-ravaged Zamfara managed to occupy the 36th position leaving the bottom slot for Yobe State.
The top 10 performing states at the 2019 examination are Abia, Anambra, Edo, Rivers, Imo, Lagos, Bayelsa, Delta, Enugu, and Ebonyi.
While Adamawa, Osun, Sokoto, Bauchi, Kebbi, Katsina, Gombe, Jigawa, Zamfara, and Yobe occupy the bottom 10 of the chart.
According to data from the commission, over 1.6 million candidates sat the May/June 2019 WASSCE in Nigeria while 1,020,519 candidates representing 64.18% obtained credits and above in minimum of five (5) subjects including English Language and Mathematics and 1,309,570 candidates representing 82.35% obtained credit and above in a minimum of any five (5) subjects (that is, with or without English Language and/ or Mathematics.
Also, 180,205 candidates, representing 11.33% of the total number of candidates that sat the examination are being withheld in connection with various reported cases of examination malpractice.
A 16-year-old Nigerian girl, Ugboaja Chizobam Stephany who sat the 2019 examination, emerged the youngest best candidate in the history of the examination.
Full Ranking
Abia
Anambra
Edo
Rivers
Imo
Lagos
Bayelsa
Delta
Enugu
Ebonyi
Ekiti
Kaduna
Ondo
Abuja
Kogi
Benue
Akwa Ibom
Kwara
Ogun
Cross River
Taraba
Plateau
Nasarawa
Kano
Borno
Oyo
Niger
Adamawa
Osun
Sokoto
Bauchi
Kebbi
Katsina
Gombe
Jigawa
Zamfara
Yobe.
Top Stories