A woman has reportedly died just a few days after she received the Ebola vaccine in Democratic Republic of Congo. 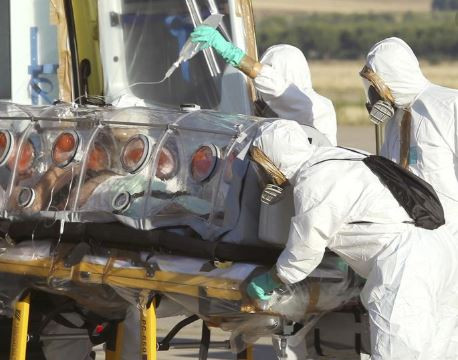 File photo: Ebola workers
A 24-year old woman, who was vaccinated with one of the experimental Ebola vaccines in the Democratic Republic of Congo, died on Friday GuardianUK reports.

The health ministry in the country says two cases were confirmed – the woman and her seven-year old son.

“Two cases which tested positive for Ebola were confirmed overnight in South Kivu, in Lwindi district in the Mwenga region,” the ministry said.

Despite the death of the woman and her son, the vaccine is said to be 97 per cent effective.

The patient travelled by bus, boat and road with her two children to Mwenga, in South Kivu, where she was said to have died.
Top Stories

Jubilation As Osun Town Gets Monarch After 8 Years (Photo)