Wife Catches Husband Having S*x In His Car And This Happened!


A woman's husband temporarily went missing and all efforts to reach him failed only for him to be seen romping a lady in his car.

Relationship adviser and blogger, Joro Olumofin has published the story of a woman going through hell in the hands of her husband.
According to the story, the man was actually caught having hot s*x with his girlfriend in his car and he wasn't deterred despite being caught by his wife.
The woman reported the story and she is seeking advice from social media users.
Read the story below: 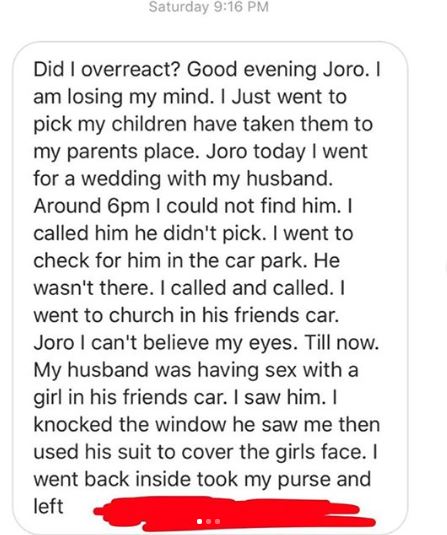 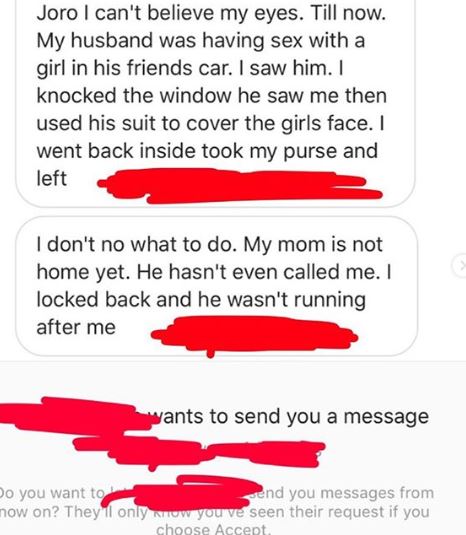 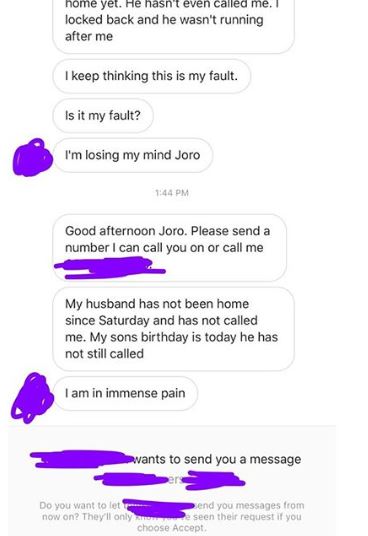