Nigerian singer, Blackface Naija has sent a warning to his former band mates to stop performing the band's songs. 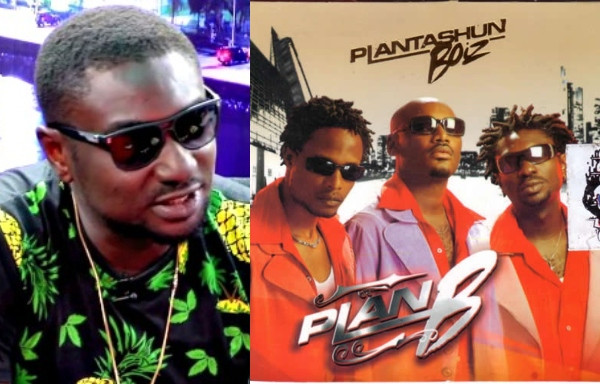 Blackface has served Ruggedman a notice of an impending copyright violation alongside 2Face and Faze, ahead of his scheduled concert.

The veteran singer said that the copyright notice became necessary after other members of the defunct Plantashun Boiz band 'perform their songs together without rehearsal'.
According to Blackface, the act he overlooked before now has continued 'damaging the image of the band'.

He warned that he will seek redress in court should 2Face and Faze perform any Plantashun Boiz' song at Ruggedman's concert.
He wrote; "Over the years this act of going to perform materials of #PlantashunBoiz at events without rehearsals and proper preparations has prompted me and my legal team to sound this as an advice to @ruggedybaba @2baba_official1 & @fazealone not to continue damaging the image of the #band and concentrate on performing works solely made by them individually and none from the #band or written by myself...thank you. 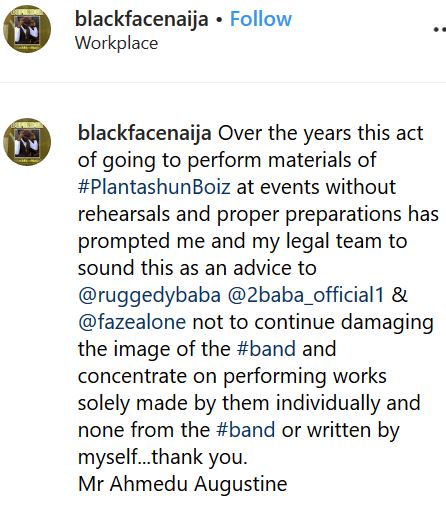 Below is the copyright  notice he served them 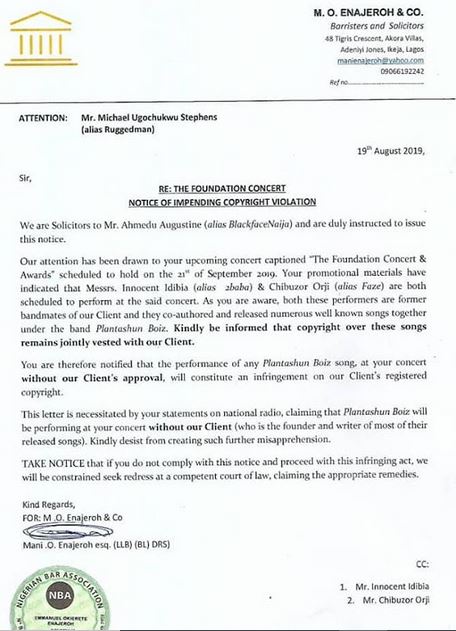