After collecting N3.5m, a carton of schnapps, 30 litres of palm oil and 10 tubers of yam as ransom, the abductors have been nabbed by the Police. 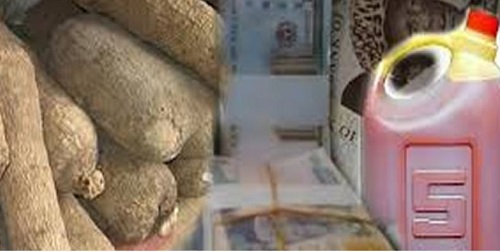 Four suspected kidnappers who reportedly collected N3.5m, a carton of schnapps, 30 litres of palm oil and 10 tubers of yam before their victims were released have been arrested .

The kidnappers were reported to have abducted three persons in Ode-Omi in the Ogun Waterside Local Government Area of Ogun State — a boundary community between Lagos and Ogun states — on the eve of the last Eid-el Adha.

The victims who were later freed by their captors after allegedly collecting the items and N3.5m were siblings Bamidele Adams and Jelili Adams; and another individual who is a son of the Chief Imam of Ode-Omi, Abdulazeez Sanni.

Oyeyemi, in a statement, wrote, “Four of the kidnappers who abducted the three people, including the son of chief imam at Ode-Omi in Ijebu waterside on Salah day, have been arrested this morning by the police.”

Oyeyemi said operatives of anti-kidnapping unit of the Police Command had laid an ambush for the kidnappers since the incident happened.

“They were planning to relocate from the creeks. On Wednesday, we surrounded them and laid ambush for them.

“We allowed them to enter their vehicle and as they attempted to leave, we rounded them up and arrested them with their guns and other ammunition.”

When asked whether the suspects were the ones that collected the N3.5m and other items, the PPRO said “it is possible they are the ones who collected yam, oil, and money, among others.”
Top Stories