Nigerian footballer, Samuel Chukwueze has emerged the winner of Villarreal's Revelation Player of the 2018-2019 season. 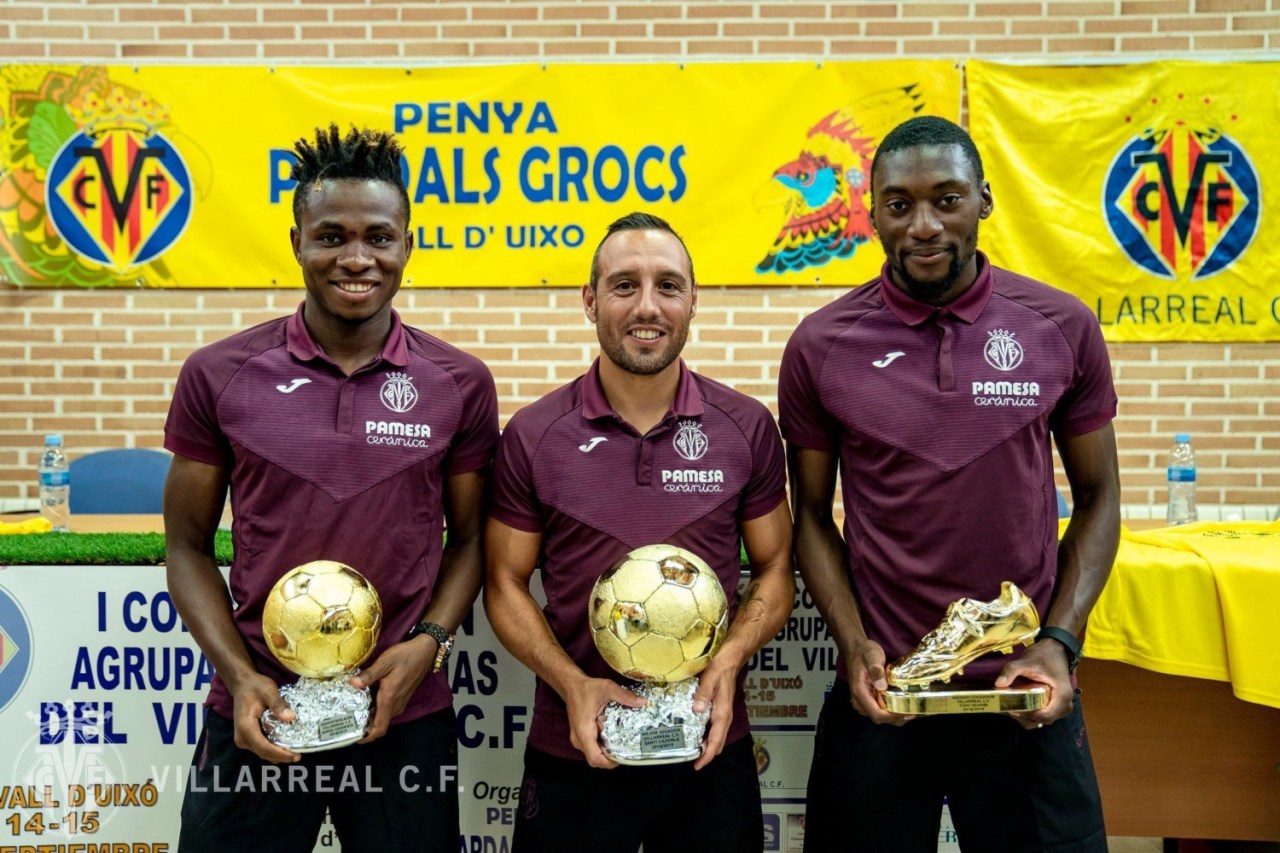 Chukwueze (right)
Samuel Chukwueze won Villarreal’s Revelation Player of the 2018-2019 season during the club’s Peña Pardals Grocs Awards on Tuesday night.
Villarreal also recognized the impressive performances of two of their first-teamers at the award ceremony, with former Arsenal midfielder Santi Cazorla winning the Golden Ball and Toko Ekambi awarded the Golden Boot after finishing last season with 18 goals in all competitions.

Prior to the 2018-2019 campaign, Chukwueze was an unheralded rookie in Spain but exceeded all expectations to become a key player for Villarreal first team, helping the club avoid relegation from the top flight and reach the quarterfinals of the Europa League.
The 20-year-old winger notched up 8 goals and three assists in over 2,400 minutes of play in 38 games across all competitions.

Last season, Chukwueze also staked a claim as one of the most exciting young talents in La Liga and made his senior debut for Nigeria in a friendly against Uganda.

He has picked up where he left off last season after his outstanding display against Granada on the opening day of the 2019-2020 campaign.
Top Stories