Pilot Banned From Flying After Telling Friends He Is 'Suicidal'


The EasyJet pilot is believed to have told friends that he was suicidal in a private WhatsApp group. 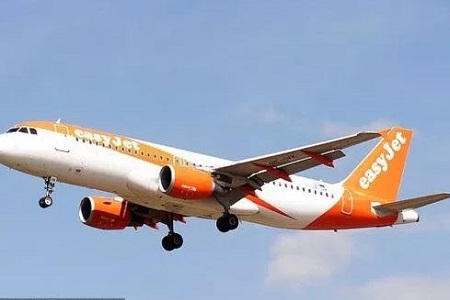 An EasyJet pilot has been banned from flying holiday jets out of the UK after he told friends that he was suicidal.

According to DailyMail report, the pilot is believed to have claimed that his ‘life is s***’ and that he would ‘probably’ kill himself, leading to concerned friends informing his bosses.

EasyJet immediately grounded the pilot, with a source saying they had ‘no choice’ after being made aware of his mental state.

The case brings back memories of depressed Germanwings co-pilot Andreas Lubitz, 27, who killed 144 passengers and six crew by crashing a plane into the French Alps on March 2015.

The easyJet pilot is believed to have told friends that he was suicidal in a private WhatsApp group.

He said: ‘I thought I would meet people, make friends with colleagues . . . my life is s*** since I was born.’

According to the Sun, the pilot will now have to undergo ‘many weeks’ of mental health tests and check-ups before he is considered safe to return to his role.

He is believed to have told easyJet bosses that he is not suicidal.

However, a source said: ‘We take zero chances with our pilots. Anyone sharing suicidal thoughts in private deserves help and assessment.

‘Taking their word for it that they’re fine isn’t enough. There’s too much at stake.

‘The memory of the Germanwings tragedy remains in sharp focus.’

EasyJet later confirmed that a pilot had been stood down and ‘offered support’, pending an investigation.

A spokesman for the airline told MailOnline: ‘We can confirm that the pilot was stood down from flying a number of days ago, in line with our procedures, while we investigate. We have offered support in the meantime.

‘The safety and well-being of our passengers and crew is the airline’s highest priority. We offer support through an employee assistance programme (EAP), Pilot Peer Support Programme and we have a full Occupational Health provision across our UK and European network.

‘We always take steps to ensure that easyJet’s pilots fully fit to operate. All pilots are licensed under aviation regulators and as part of this are subject to extensive regular medical assessments which include mental health assessments.’
Top Stories