Unbelievable! Woman Sells Her Newborn Baby For N500k, Lies To Her Husband In Imo


A man has sold her own newborn baby for N500k after lying to her husband about having a miscarriage. 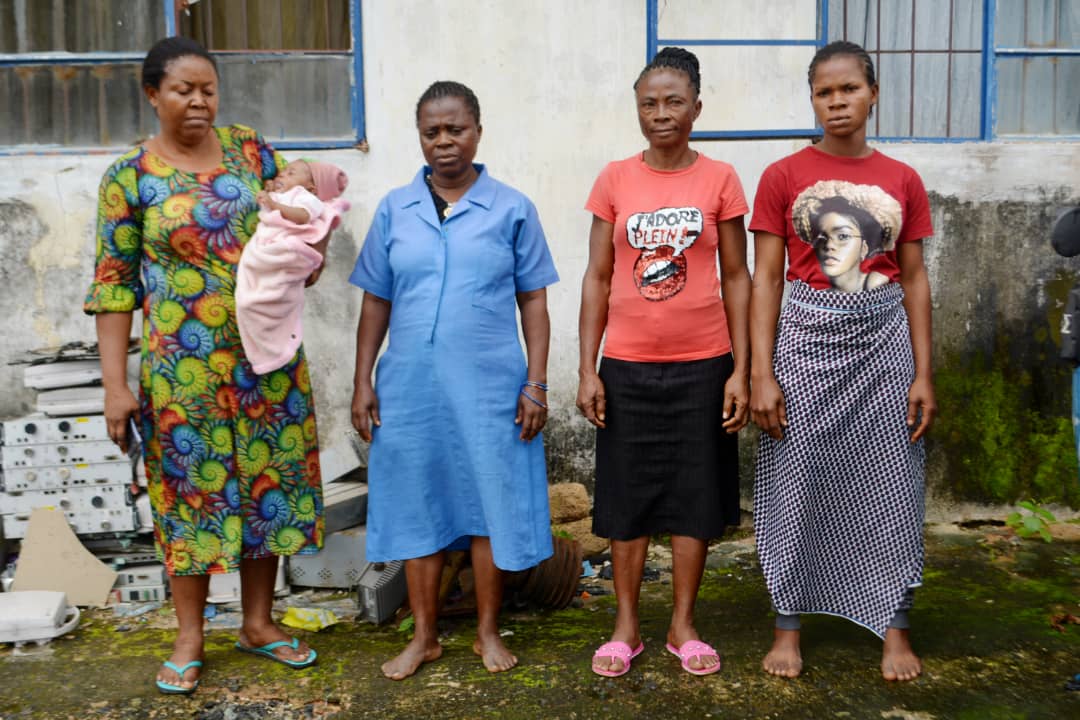 The suspects
A housewife, Chinasa Ukaonu, has rekindled the flourishing baby trafficking otherwise known as baby factory in Imo State as she willingly sold her own baby after delivery for N500, 000.

According to the State Police Commissioner, Rabiu Ladodo who disclosed this to newsmen through his Public Relation Officer Orlando Ikeokwu, Ukaonu had left her matrimonial home with an 8- month-old pregnancy informing her husband , Promise Ukaonu, that she was going to stay with her brother for a while at Mbaitoli.

Few days after she left the house, the CP said, she sent a message across to her husband informing him that she lost the pregnancy.

Mrs Ukaonu after deceiving her husband, proceeded to a baby factory where she was said to have delivered the baby with the help of two nurses, Esomonu Dorathy and Eke Catherine said the Police Commissioner.

But her husband not satisfied with the story his wife told him decided to report the matter to the police.

However, on August 1, operatives of the command acting on reasonable information arrested Mrs Ukaonu who in turn turned the nurses who assisted her in delivery in.

According to the CP, it was in the course of their investigation that they discovered that Mrs Ukaonu had sold the baby for N500,000 to one Mrs Chioma Amadi.

Meanwhile, the child has been recovered and investigation is still ongoing.
Top Stories