Madrid were initially against losing Navas so close to the transfer window closing on September 2. 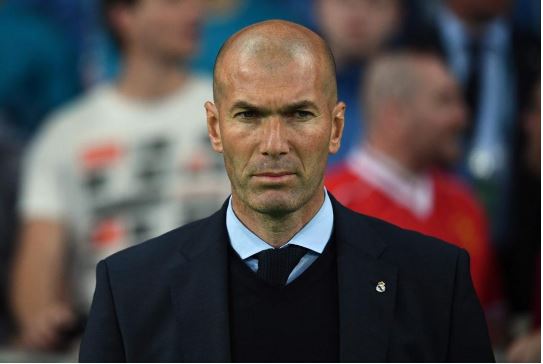 Zinedine Zidane
Keylor Navas has asked to leave Real Madrid before the summer transfer window shuts, although manager Zinedine Zidane wants him to stay, ESPN reports.
Navas considered leaving Madrid earlier in the summer, having been told by Zidane, that Thibaut Courtois would be first choice goalkeeper for 2019/2020.
But he decided to stay, having not received an attractive enough offer.
However, the situation has changed again, and agent Jorge Mendes has been tasked with working out a move for the 32-year-old to Paris Saint-Germain.
Madrid were initially against losing Navas so close to the transfer window closing on September 2, but have reluctantly agreed to accept his request and are now looking for an experienced back-up for Courtois.
Top Stories