2023: Why Tinubu Should Succeed Buhari As President - APC chieftain


According to Razaq, the foundation has made it easy for other governors who came behind him to operate. 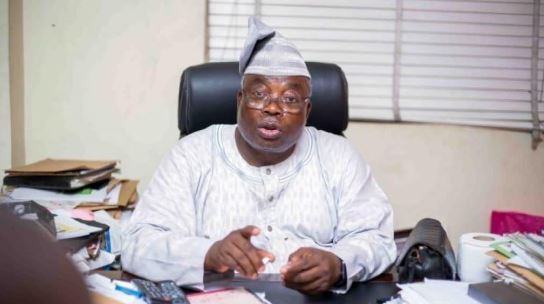 Lanre Razaq
A chieftain of the All Progressives Congress, APC, Lanre Razaq, has observed that the National Leader of the party, Bola Tinubu, has the qualities to run for the presidency in 2023.
Razaq said Tinubu has the wisdom to turn around the economy of Nigeria, hence the need to succeed President Muhammadu Buhari.
Speaking with New Telegraph, the APC chieftain recounts what he termed the “financial engineering foundation” laid by Tinubu in Lagos State when he was governor.
According to Razaq, the foundation has made it easy for other governors who came behind him to operate.
He said: “The public is entitled to their opinion, but God knows that those who sacrificed to build up APC and for Buhari to become president, saved the country and will still see reason to do it again after Buhari’s tenure, and will even do it better.
“In the South-West today, the tallest person politically can’t be better than Asiwaju Bola Tinubu, so I will encourage and plead with him to run for the office of president. I know his antecedents, I know his pedigree and I know he can run affairs of Nigeria effectively and smoothly.
“Look at the financial engineering foundation he laid for Lagos State, which explains why governors that came after him found it easy to run affairs of the state.
“I believe that Tinubu can replicate what he did in Lagos State at the federal level, so will I appeal to him to run and I pray to God to give him good health, strength and wisdom to take Nigeria to another level, after Buhari might have taken it to the next level, so that Nigeria can maximize and develop her natural endowment.”
Top Stories