It was learnt that the suspect conspired with two others who are still at large, killed their victim and made away with his motorcycle. 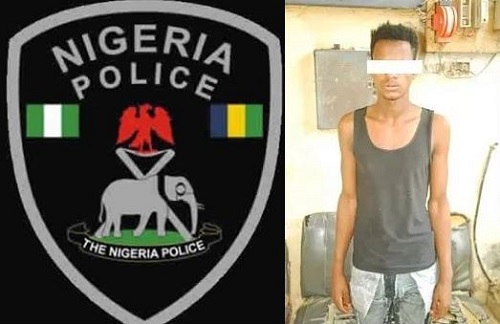 The suspect
Nine months after going into hiding, the Police in Niger State have arrested a suspected killer who has been on the run after he allegedly conspired to kill one Abdullahi Mohammadu, of Izom in Gurara Local Government of the state.

Findings have it that, the suspect, Ibrahim Tafiyau, 30, of Tutungo village, Paiko Local Government Area was trailed and apprehended by a team of policemen attached to the Gawu-Babangida Division.

On November 11, 2018 one Ahmadu Abdullahi, had reported to the police that his son, Abdullahi Mohammadu left home with a Bajaj motorcycle and was attacked  by unknown armed men along Izom Suleja road who made away with the motorcycle.

According to him, they inflicted injuries on him and as a result he died instantly.

Our Correspondent also learnt that on December 5, 2018, one Babangida Shuaibu of the same address was arrested in possession of the said motorcycle and was charged to court.

Further checks revealed that it was during investigation that led to the arrest of the suspect (Tafiyau), who conspired with two others who are still at large, killed their victim and made away with his motorcycle.
Top Stories

11 Things About Hope Uzodinma, PDP Governor-elect, You May Not Know About