A former governor of Ekiti state, Ayodele Fayose has said he narrowly escaped attacks after leaving the state assembly. 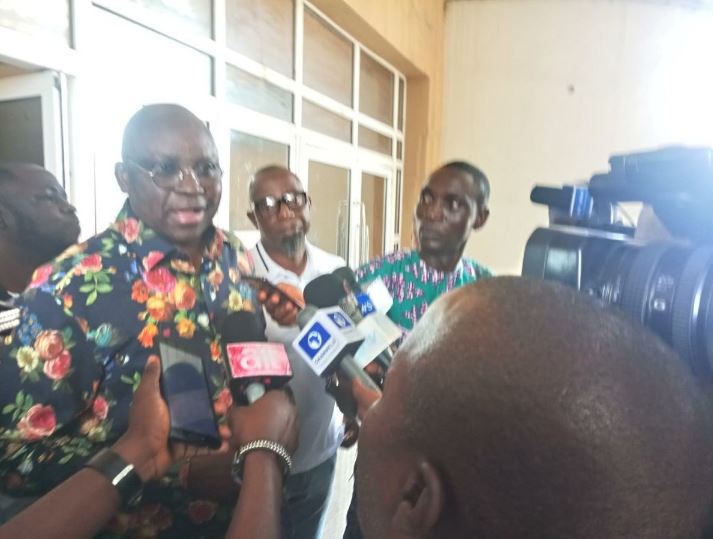 Fayose, who appeared at the Assembly on Friday on the invitation of the legislative body, said, “It was on our way from the Assembly that some people trailed us in a Pick-up purposely to attack us. We managed to escape. In short, one of them nearly broke my head.”

The former governor, who said he came to honour the Assembly’s invitation because “a clear conscience fears no accusation”, said, “When I got to the Assembly, they said they were not ready and that they would inform me when they were ready. As a matter of fact, since they accused me of financial misappropriation, they were supposed to be ready.”

However, he went into a closed-door session with the Speaker, Funminiyi Afuye, and two other lawmakers.

The former governor in a told journalists said, “I got this by noon yesterday (Thursday) and I called the Speaker to confirm whether it was true and he confirmed it. You know my style. When the EFCC (Economic and Financial Crimes Commission) wanted me, I told them ‘I’m here’.

“So, I have come to the House of Assembly to tell them I’m available for their questions. I drove down from Lagos to tell them that there was no hiding place for some of us, so, I am here and ready to give an account of my stewardship.”

Fayose, who denied he had been given a soft landing by the Federal Government in the EFCC’s case against him, said he would not compromise standards.

He said, “I will not follow the multitude to sin. I want to believe that selective justice will not help our country.

“I have condemned anyone who says that in Nigeria, when you come to the All Progressives Congress, then you become a saint. I am telling you, I will never become a member of the APC, I will never defect.

“If I wanted a soft landing against my party, against my candidate, that would have happened in the past, I stood my ground during the elections. So, that is impossible.”

Meanwhile, Afuye said that Fayose’s “ambush” to the House of Assembly complex was resisted because he came unannounced.
In a statement by his Special Adviser on Media, Tai Oguntayo, the Speaker said, “After the resolution of the Assembly at the plenary on Thursday inviting the former governor to appear before the House, he called the Speaker to confirm if the report was true.

“The Speaker confirmed to Mr Fayose that it was true and that was the end of the discussion.

“When Mr Fayose announced his readiness to the Speaker, he was told to go back and await the official invitation letter from the House of Assembly.

“The former governor was accorded his due respect on arrival at the House of Assembly, being a former first citizen of the state.”

The spokesperson for Governor Kayode Fayemi of Ekiti State, Yinka Oyebode, did not answer his calls.

When contacted, the Police Public Relations Officer for Ekiti State Command, Caleb Ikechukwu, said, “I have not been briefed about that.”
Top Stories