How Bobrisky Disappeared From Sight After Police Stormed His Birthday Party, Arrested 5 (Photos)


Nigerian cross-dresser, Bobrisky fled from sight after the police stormed the venue of his birthday party. 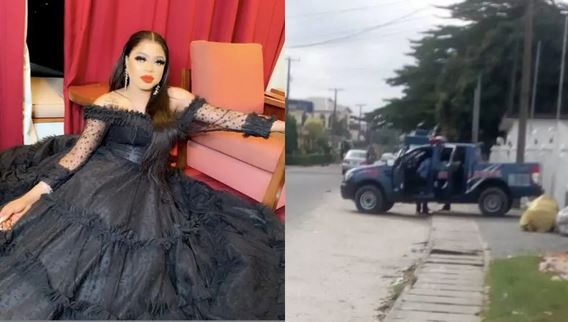 The venue of Bobrisky's party was sealed

Popular Nigerian cross-dresser and socialite, Bobrisky, on Saturday, went into hiding when the Nigerian policemen stormed his 28th birthday celebration venue, in lekki, lagos, Vanguard reports.
While it appeared Bobrisky was nowhere to found, The policemen shut down the venue of the birthday celebration.
Vanguard recall, that the Otyunba Runsewe, the DG of Nigerian Culture and Tourism had in recently criticised what he termed has Bobrisky disgraceful act.

According to the details, the officers literally stormed the venue, arrested some folks and chased away bouncers who were supposed to be the security at Lekki venue. 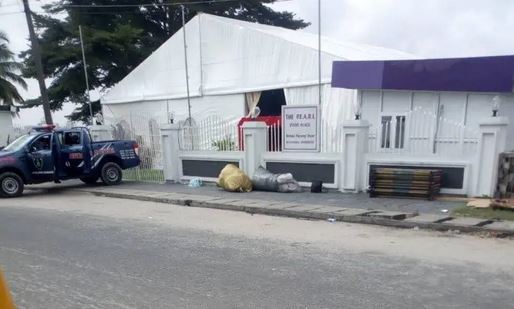 This is coming after the cross-dresser replied Otunba Olusegun Runsewe, the Director-General of the National Council for Arts and Culture, who last week, said he is a National disgrace and will soon be dealt with by the government if caught on the street.

“Bobrisky is a national disgrace. He started by selling and using bleaching creams, now, he has grown boobs, bums and hips. If a Bobrisky is doing well with his immoral lifestyle, how do you convince Nigerian youths to do the right thing? Bobrisky has the right, but not within the Nigerian environment.

There are others like him, but they live outside the country. If we don’t address Bobrisky as early as possible, he will form a team that will spread like wildfire. This will result in a lot of suicide cases because the typical Nigerian parent would not want to see their child become a Bobrisky” Runsewe said in an interview with Vanguard
Top Stories