Housemates at the pepperdem edition of BBnaija show ended their Saturday party without drama. 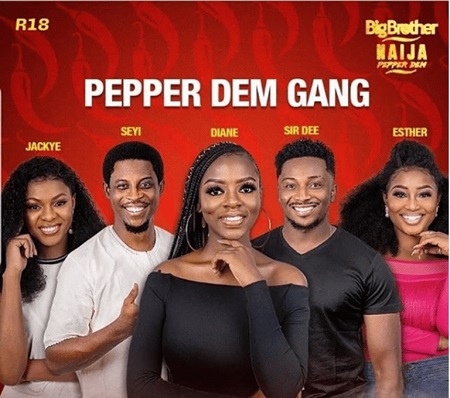 BBNaija
Housemates hosted the first drama-free Saturday party in the ongoing BBNaija fourth season.
News Agency of Nigeria reports that Saturday, which is the ninth since the show began, was the most peaceful housemates had experienced.
Since the show started, the Saturday parties have moved from boring and not engaging to full of fights and drama until the new, unexpected turn.
On social media, fans argued that the calmness was due to the recent strikes doled out to erring housemates in recent times.
Tacha and Ike, who are usually the most easily provoked, have two strikes each with the BBNakna fate hanging on a thread while Mercy has one strike.
With the taming of these three housemates and warning issued to Seyi and the others, Saturday party glided through with fun fare and considerable drinking.
NAN reports that couples in the house, at last, had the time to themselves for Saturday party while all housemates were styled by Hype and Steam.
Mercy and Ike had their time together one hour into the party and Ike also took the opportunity to dance with his love interest.
Frodd danced with other housemates in the early minutes of the party but withdrew back to Esther, who stayed glued to the bar like Tacha.
After dancing around and trying to teach Tacha some new dance steps, Elozonam retired to be with Diane as they danced to the tunes of DJ Kentucky.
Tacha finally found her way to Seyi’s corner at the other end of the bar. The two had some quiet moment dancing together.
On her part, Khafi, fresh off her Saturday games win, had fun by herself on the dance floor alongside Omashola and Venita.
(NAN)
Top Stories