It would be recalled that Chelsea midfielder, N'Golo Kante had earlier sustained an ankle sprain. 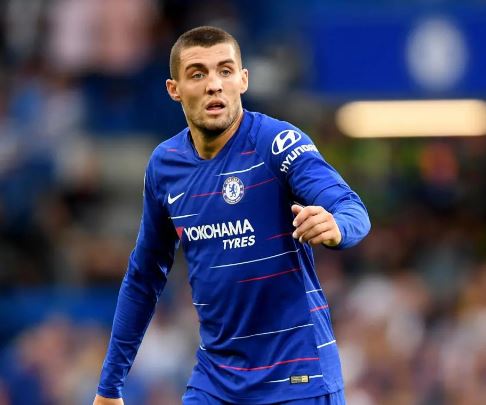 Mateo Kovacic
Chelsea may likely be without midfielder, Mateo Kovacic, when they tackle Wolves in the Premier League fixture on September 14.
According to Daily Mail, the 25-year-old was withdrawn from Croatia’s squad for Euro 2020 qualifiers against Slovakia and Azerbaijan respectively after picking up an injury last weekend.
Kovacic, who has been a regular starter for Frank Lampard’s side this season, inflamed an Achilles tendon in his right leg during Chelsea’s Premier League 2-2 draw against Sheffield United on Saturday.
The 25-year-old was replaced with Mijo Caktas for their Croatia’s qualifiers clashes against Slovakia and Azerbaijan.
It would be recalled that Chelsea midfielder, N’Golo Kante had earlier sustained an ankle sprain.
The France international missed Chelsea’s Premier League draw against Sheffield United.
Top Stories