Xenophobia: 'My Heart Broke As I Helplessly Watched Everything Perish In The Flames' - Nigerian Car Dealership Owner Cries


A Nigerian man based in South Africa has lamented after watching his car shop go up in flames. 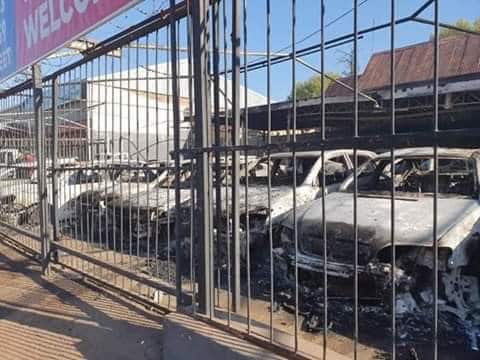 Scene of the attack in South Africa
Several foreign shop owners in Jeppestown South Africa, are still counting the cost of the destruction left behind in the aftermath of their shops being shattered on Sunday night September 1.
Two car dealerships in Kaal and Jules streets were among those damaged, and over 50 cars were burnt at night.
The Sunday night violence reportedly escalated to Monday morning when more shops were ransacked by a mob of residents.
Nigerian car dealership owner Kennedy Orji estimated his losses as a result of burnt cars to over R3m.
“I sell used cars and 30 cars that were my bread and hard-earned investment were burnt to ashes and I don’t know why,” said Orji.
Orji said he was woken up by friends and security who alerted him that his car dealership was going up in flames.
“My heart broke as I helplessly watched everything perishing into flames. I’m lost for words and aggrieved because my own black brothers and sisters did this cruel deed to me.”
He said he had been in SA for many years and started the car-selling business from scratch.
Another shop owner, Micky Jacobs, said: “All we want at this point is South Africa sanctioned, because until that is done these xenophobic and criminal attacks will proceed.”
Jacobs said he was earning a living by running his own shop to support his family.
“South Africans need to remember that during apartheid neighbouring countries fought with them, our fathers fought for them.
“We are Africans who are being chased out of our own African country because of unnecessary hate and unproven allegations,” he said.
Jacobs said it was becoming a norm to use Nigerians and Pakistanis as scapegoats for criminality.
See more photos below: 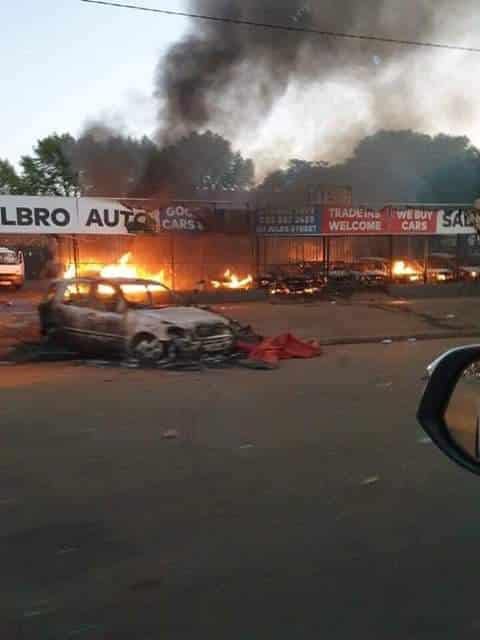 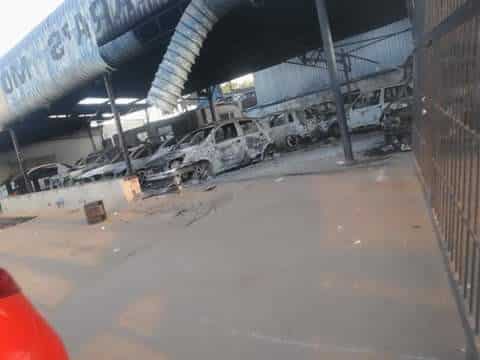 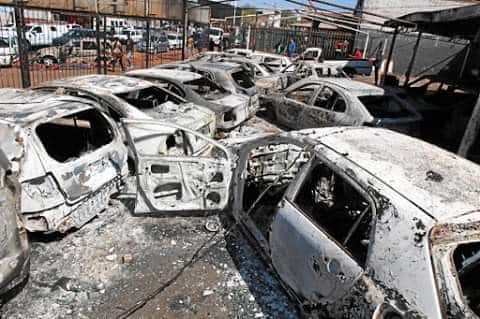