Pastor Enoch Adeboye, has urged Nigerians not to retaliate against South Africans and their businesses over ongoing xenophobic attacks on Nigerians in their country. 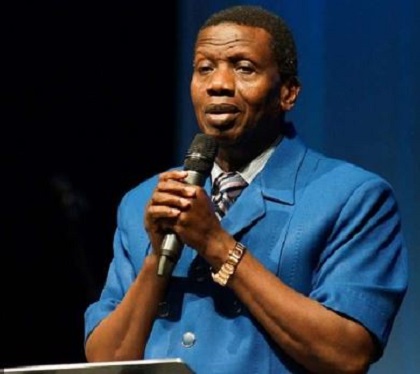 He said that it is better to leave the matter for the government to handle, and not for citizens to take laws into their hands.

He made this appeal on Friday night, at the monthly Holy Ghost Service of the church, tagged “Lifted into Glory.”

Nigerians had during the week attacked business and firms of South African origin in major parts of the country, in retaliation of attacks suffered by Nigerians living in South Africa.

It is alleged that the people of the rainbow nation are attacking Nigerians because they believe that the foreigners are overtaking their jobs in their own land.

Adeboye, speaking to his congregation at the Redemption Camp, recalled what happened in 1966, just before the Nigerian civil war, when the former leader of the Republic of Biafra, Odumegwu Ojukwu announced that he could not guarantee the safety of those who came outside the eastern region, asking them to return home.

He recalled that the people of the east were nice to the strangers, as the university authorities made plans to transport them back home, until they got information that the students of the University of Ibadan were holding their people from the east hostage, saying they would not be released until everyone from the western region had returned home.

“You don’t know what it means to be in another man’s land, not knowing what will happen. Be careful. Don’t retaliate against South Africa because of the Nigerians who are still in South Africa,” Adeboye said.

Speaking further, the General Overseer said “Anytime they say that a university is rioting, the people who are rioting are usually ten per cent of the population of the university, the rest of us lock ourselves in the room, reading.

“The average South African is a decent person, I know that. Those who are causing the trouble are not many. If you have a South African living near you, show them love, protect them from any harm.

“If the government was to repatriate all Nigerians from South Africa, they will be back in the next two months. Do we have enough jobs for those who stayed back in Nigeria, in the first place, not to talk of repatriating people back?

“For the sake of your kit and kin, don’t retaliate against South Africa, let us leave this issue for government to handle, while we pray for God to give them wisdom and understanding to handle the situation,” Adeboye appealed.
Top Stories