#BBNaija: How Nigerians Voted For Their Favourite Housemates On Sunday


Venita was evicted on Sunday, the voting shows that Khafi had the highest vote for the week. 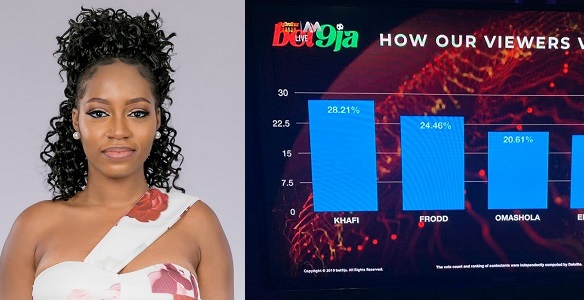 Khafi got the highest vote
Khafi came top on eviction day with a whopping 28.21% at the Big Brother Naija eviction show yesterday night.
Venita of course had the least votes with a 7.06% votes, and as thus was evicted.
Meanwhile, evicted housemate, Esther has dropped a prediction on whom she thinks will win the grand prize of the reality TV show.
The evicted BBNaija housemate tipped three housemates who might be the winners of the N60 million grand prize of the reality TV show.
According to Esther, she wishes for a lady to win this season as she puts up Tacha and Mercy on her list including one other housemate.
See the complete details of how Nigerians voted below: 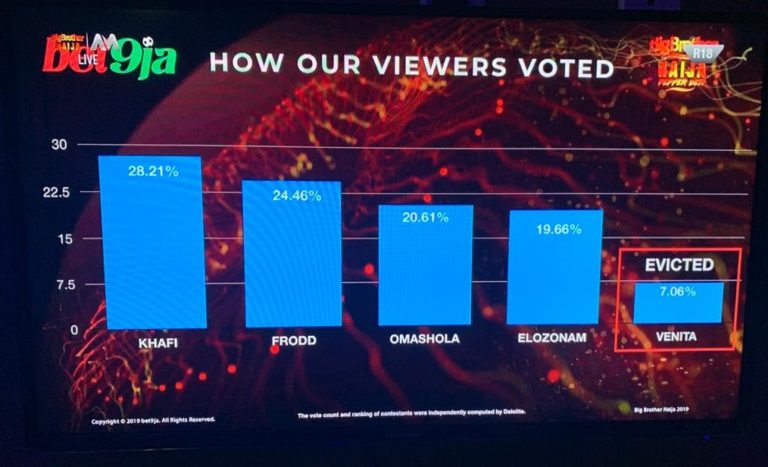