Atiku vs Buhari: Tribunal Set To Deliver Judgment This Week


Judgment will soon be delivered in the petition by the PDP and Atiku Abubakar against Muhammadu Buhari's victory. 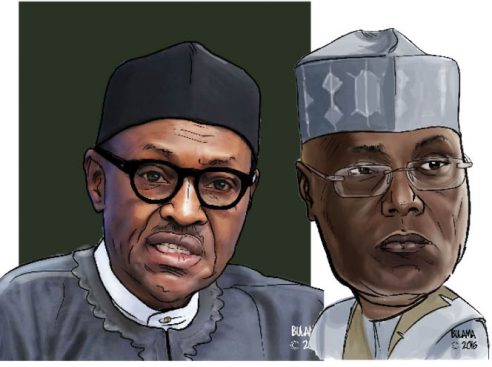 Chairman of the five-man panel, Justice Mohammed Garba had while reserving the judgment on August 21 stated that the date would be communicated to all parties in the matter.

The date for the judgment has not been fixed by the tribunal but by law the duration of the petition will lapse on Saturday September 14. Also, Section 134 (2) and (3) of the Electoral Act, 2010, provides for time limit for election petitions to be concluded within 180 days.

In his submission, INEC lead counsel, Yunus Ustaz Usman (SAN) said the Commission conducted the February 23 election in “total compliance with the Electoral Act and the petitioners can never dislodge that.”
He therefore asked the panel “to dismiss the petition which was meant to test the river with both legs.”

Also, lead counsel to Buhari, Wole Olanipekun (SAN) asked the tribunal to dismiss the petition for lacking in evidence, adding that Section 131 of the Nigerian Constitution did not demand certificate to be attached to the documents.

Counsel to the APC, Lateef Fagbemi (SAN) said the PDP and Atiku, who alleged electoral irregularities in 119,973 polling units in 8,809 wards in 774 LGs, called only 62 witnesses out of which only five led evidence from the polling units.

However, lead counsel to the PDP and Atiku, Levy Uzoukwu (SAN) asked the tribunal to hold that Section 138(1) of Electoral Act, any candidate who submitted false information would nullify their candidacy.

He added that by the judgement of the Supreme Court in Abdulrauf Moddibbo against Mustapha Usman SC/790/2019 delivered on 30th July, qualifications for election is not a pre-election matter.

He said that Buhari in his Form CF001submitted to INEC listed three certificates such as First School Leaving, WAEC and Cadet certificate from Military School but failed to attach them to the form.
Top Stories