How My 'Big Chest' Got Me Into Trouble With Fellow Pupils, Teachers - Reality TV Star Tells Her Story


A reality TV star has told of how her 'big chest' got her into trouble with her fellow pupils and teachers in school. 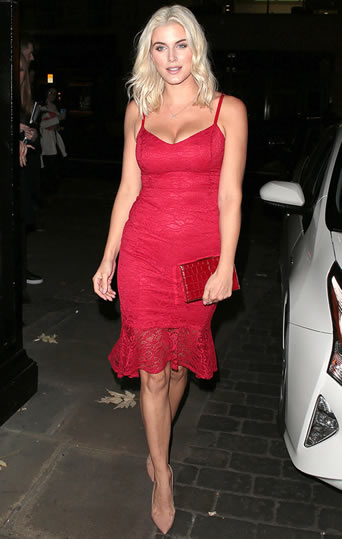 Ashley James
Presenter and reality TV star, Ashley James, has revealed how, at age 14, her large breasts made her a target at school.

As reported by Yahoo, the star said her 30GG breasts got her into a lot of trouble with both pupils and teachers while at school.

“I got detention for hugging my brother outside.

“The teachers said, ‘Will the people in town know he’s your brother and what are they going to think when there’s a blonde girl with big boobs canoodling with a boy outside?’” she revealed

“My morality was always put into question, even by the teachers. I was almost treated like I was going to be a bit loose-moraled because I had big boobs and everything. I was just always made to feel ashamed.”

Worse, she said, her large boobs also attracted a lot of attention from the boys in her school.

“The boys would come up to me and say all this gross stuff, but rather than the teachers correcting their behaviour, they were saying to me: ‘You can’t wear these clothes’. But then, all my friends were allowed to wear the same clothes.

“As a 14-year-old girl that was really confusing for me because I was like, ‘Why am I not allowed?’”

She revealed that despite what her teachers thought about her s*x life, they were wrong.

“Before I was sexual, the teachers were treating me as if I was s*xually active and I find that mad.

“Looking back, I was being punished essentially for my body,” she said.
Top Stories