How I Stopped Jonathan From Giving Life Pension, Immunity To NASS Members - Adoke


The revelations are contained in Adoke's latest book entitled "Burden of Service: reminiscences of a Nigeria's former Attorney General" due for presentation next week. 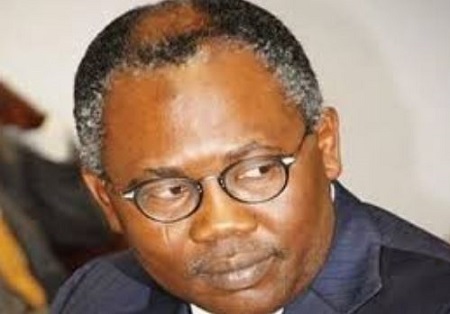 Mohammed Adoke
Former Attorney General and Justice Minister, Mohammed Adoke, has revealed how he risked his job by prevailing former president Goodluck Jonathan to withdraw assent to a bill that would have made presiding officers in Nigeria’s legislature one of the most powerful groups of people in the country.

The bill, which had already been signed by Jonathan and was about to be transmitted to the National Assembly before Adoke got wind of it, granted huge life pensions and immunity from prosecution for Nigerian lawmakers after leaving office.

The revelations are contained in Adoke’s latest book entitled “Burden of Service: reminiscences of a Nigeria’s former Attorney General” due for presentation next week.

According to the former minister, the proposed amendments embedded under the Constitution’s Fourth Amendment Bill 2015, was passed by the National Assembly after the 2015 elections.

Adoke recalled in the book: “I had travelled out of the country when this happened and on return discovered that the bill had not been forwarded to me for review as was the practice with President Jonathan.

“On getting wind that the president was about to transmit his assent to the National Assembly, I quickly placed a call to the Senior Special Assistant to the President on Administration, Mr Matt Aikhionbare, to confirm if, indeed, the President had signed the bill.

“Upon confirmation that he had, I requested Aikhionbare not to transmit the instrument to the National Assembly as I needed to discuss some of the amendments with the President,” he wrote.

According to Adoke, the several amendments approved by Jonathan were serious constitutional breaches, which were done without recourse to due process.

The former minister said however that when he rushed and met Jonathan and pointed out the grave implications of his action, he agreed to drop the transmission of the bill to the NASS.

According to Adoke, some of the provisions approved by Jonathan were self-serving and not in the interest of the nation and he had to move against them.

“For one, the bill sought to take away the power of the president to assent to constitutional amendments and would mean that the National Assembly (NASS) could amend the Constitution and bring it into force without presidential approval.

“If such amendments were allowed to go through, Nigeria would have been subjected to the tyranny of the legislature as the legislators could wake up one day and legislate the Office of the President out of existence and the President would not need to sign for this to be,” Adoke said.

“I further enumerated some other lapses in the bill, including the fact that the thresholds for amendments in respect of provisions of Chapters Two and Four were not met; some policies verging on the fundamental objectives and directive principles of state policy which are not justiciable, being in Chapter Two, were moved to Chapter Four, which made them justiciable.
Top Stories