He prayed the court to declare him winner of the elections having polled the highest number of valid, lawful votes at the elections. 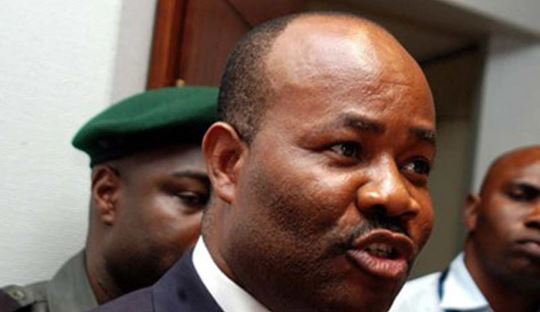 Chief Godswill Akpabio
The Senator representing Akwa Ibom North West senatorial district in Akwa Ibom State, Senator Christopher Ekpenyong, on Wednesday, defeated the outgone senator who represented the zone, Chief Godswill Akpabio in the National/State House of Assembly elections tribunal sitting in Uyo, the state capital.
The court upheld the victory of Senator Christopher Ekpenyong as declared by the Independent National Electoral Commission in the February 23 elections.
Senator Akpabio, the 1st Petitioner had challenged the elections on the ground that Senator Ekpenyong was not duly elected by majority of lawful votes cast at the February 23, 2019 elections for the Akwa Ibom North West Senatorial District;
He also said the election that produced Senator Ekpenyong as winner was invalid owing to non-complance with the provisions of the Electoral Act in the conduct of the elections.
He prayed the court to declare him winner of the elections having polled the highest number of valid, lawful votes at the elections.
But while delivering judgement, the chairman of the tribunal, Justice W. Akanbi, dismissed all the preliminary objections filed by all the Respondents in the petition and resolved to settle the case on the merits, to wit.
The court thereupon held that the Petitioner’s evidence was too weak in all ramifications to prove non-compliance not to mention substantial non-compliance, which is the only ground for nullification of the elections.
The court further stated that the petitioner failed to bring any witness from the polling units and thus could not prove substantial non-compliance with the Electoral Act.
The court in the end, by a majority Judgement of two justices dismissed the petitionand upheld as valid the declaration of Senator Christopher Ekpenyong as the winner of the February 23, 2019 elections.
There was, however, a dissenting Judgement by one out of the three judges of the Tribunal.
Top Stories